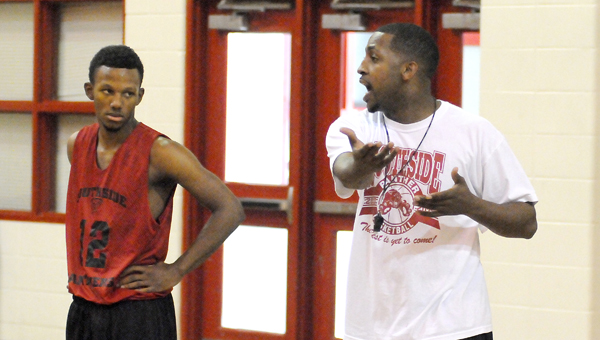 Southside High School is looking to bring something resembling a college atmosphere to campus in order to get people excited for the upcoming hoops season.

Admission is $3. Southside boy’s head coach Cedric Brown said the idea is to get the community ready for the upcoming boys and girl’s basketball seasons.

“I want to kind of get the community involved before the season starts, as well as the student body,” Brown said. “We want to get them amped and excited about the upcoming season.”

Brown said he got the idea from the types of Midnight Madness events seen on the campuses of college teams such as North Carolina or Duke.

Brown said there will also be other events held at the Midnight Madness to get fans excited.

“We’re going to have a dunking contest with the players, a three-point shooting contest,” Brown said. “We’re in the process of trying to have some door prizes for those that come out and support. We’re also working on getting the band here because we want it to be a big success on Friday.”

Midnight Madness will also kick off the season for Brown’s boy’s team, which he thinks is bound for great success.

“This is my fourth year here, and I don’t want to jinx myself, but I think this could be my best season here,” Brown said. “I have a veteran group that’s returning as well as a group of junior varsity players that moved up that are pretty experienced. We’ve got a good amount of work in this summer and we looked pretty good over the summer and we’re expecting to carry that over to the regular season.”

Brown said the main focus for his team is working on the fundamentals, so they’ll be good at those during crucial stretches of the season.

“Right now, with it being the first week that I can get football players and everyone in, we’re kind of going over the basic fundamentals,” Brown said. “The simple passes, the free throws, layups, getting back on defense, that’s going to be important down the line.”