Hornets, Panthers battle for win No. 1 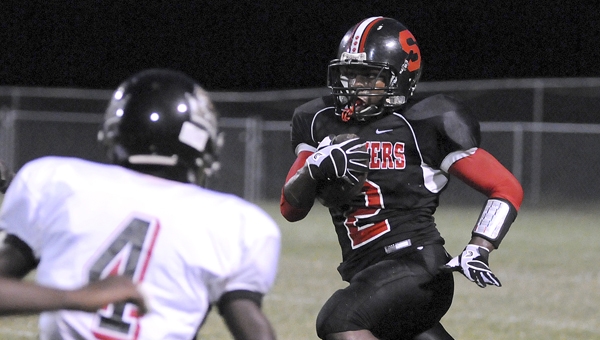 When the Dallas County Hornets and Southside Panthers meet on the gridiron Friday night, both teams will be searching for the first win of the season, but the rivalry between them will make victory that much sweeter.

No matter what the records of either team, the game has become something very important for both communities.

“It just means so much to the school as well as the community because a lot of people went to school at both places and played football, basketball and baseball there,” said Willie Moore, head football coach at Dallas County High School. “They still feel like they’re a part of the program when these two teams play one another.”

Almost 30 miles separate the two schools, but there’s a familiarity that fuels the rivalry.

“A lot of our kids (at both schools) grew up together playing in summer-recreation leagues together,” said Bertrum Crum, head football coach at Southside High School. “Some of them know each other, go to church with each other and those kinds of things.”

Crum, who used to coach football at Tipton Middle School, compares it to games he coached against Martin Middle School in Valley Grande — the school where most Hornets players come from.

“It’s kind of like Tipton and Martin, just a little larger scale,” Crum said. “It would mean a great deal to me if we could win that game because I know a lot of those guys.”

With every high-school rivalry, no matter what the sport, there always comes bragging rights.

“It’s a very big game. It’s almost a bragging-rights special,” Moore said. “Regardless of the records, it’s always going to be a very good game between the two schools.”

With both coaches in the midst of their first season in charge of their respective programs, a win in this game would be big.

“It would mean a lot for us to be able to get a win Friday night, just for the simple fact that our kids have struggled each week just to be competitive,” Moore said. “To have the opportunity to play your rival, it would mean a little bit more to beat Southside than it would some other team.”

Moore said he looks at the game from a coach’s perspective, preparing for the Panthers just as he would any opponent.

Crum said a win would be big for he and his program moving forward.

“It’ll put us one step closer toward meeting our goals,” Crum said. “I think a win would show us that every goal we set for ourselves is attainable.”

Both teams will take the field Friday night with contrasting offensive styles.

Crum said the Hornets are a team that loves to pound the football.

“They like to run the football,” Crum said. “In order for us to have some success against them, we have to stop them from running it. That’s been a problem for us all year, so hopefully we can get it figured out.”

Moore said the Panthers are a team who looks to spread opposing defenses out.

“They’re very quick and they spread you out,” Moore said. “They can throw it and they can run it. We’re going to have our hands full.

Ellwood Christian Academy’s Denzel Smiley looks for running room in a game against Sparta Academy earlier in the season. The... read more