Eagles open on the road 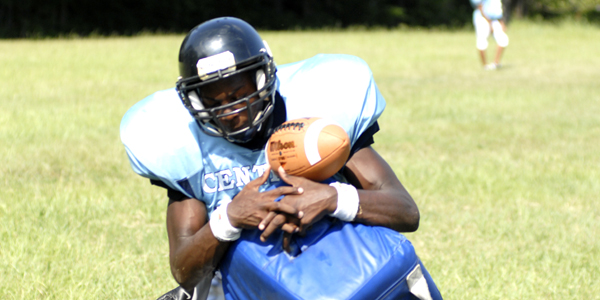 The Ellwood Christian Academy football team is ready to hit the road Friday and open a new season.

The Eagles will travel to Alabaster for a 7 p.m. showdown with the Kingwood Christian School Lions on Friday.

The game will be the first as the Eagles transition to 11-man football.

Ellwood coach Mike Stokes said he’s been focusing on polishing his gameplan leading up to the season-opening contest.

“We’ve been focusing on conditioning and what Kingwood’s going to do,” Stokes said.

“We’ve been putting in a few more plays on defense and offense.”

Conditioning has been a key focus for the Eagles, as a lot of their players will be seeing action on both sides of the ball.

“I think that’s probably going to be the key part of our season,” Stokes said. “Right now we’re in pretty good condition, but we’ve just got to keep working and getting in better shape.”

Stokes said he’s expecting Kingwood to utilize a spread-option attack when they take the field Friday.

Stokes said his team will try to utilize its speed to overcome Kingwood’s size and physicality.

“We’re going to try to use our speed and get to the outside,” Stokes said.

“If we can do that and get them to open their defense up or something like that, then we’ll try to throw it down field to our receivers.”

The Eagles will take a young team on the road, and with that youth, Stokes is expecting some mistakes.

“Sometimes, being young, we’re going to make some mistakes, but we just can’t continue to make the same mistakes over and over again,” Stokes said.