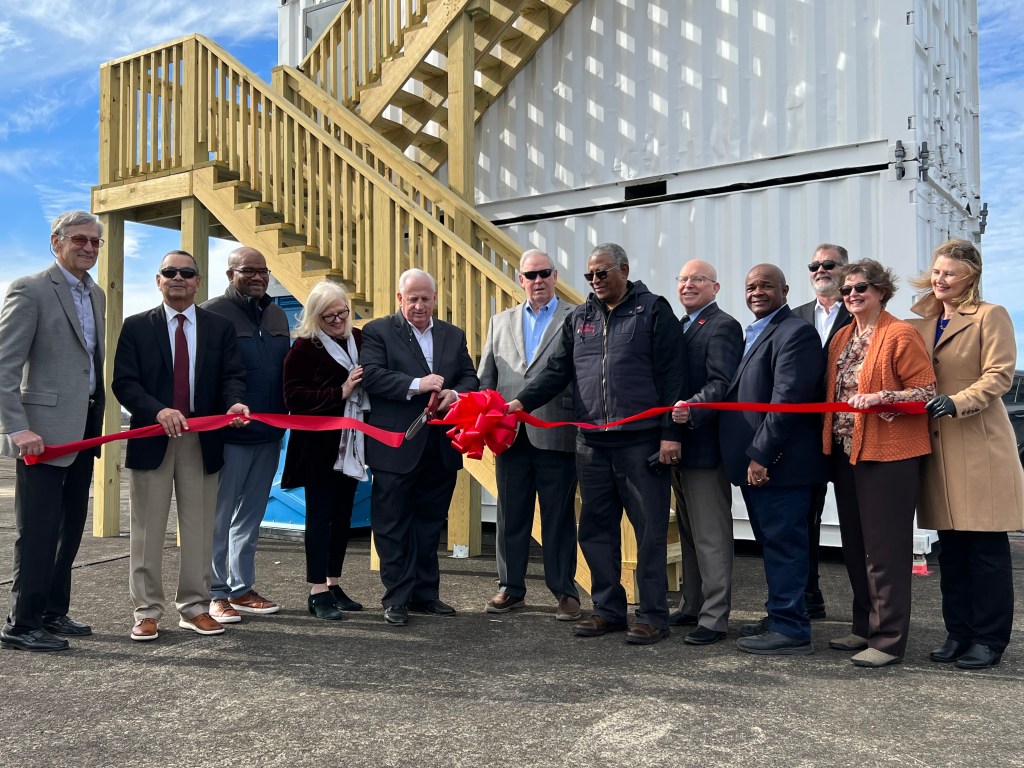 In a week where Selma needed good news, Craig Field provided a ribbon cutting to its new temporary air traffic control tower on Friday. The temporary tower is fully operational and used to provide training for students at the academy at Craig Field.

“This frees up everything,” Selma and Dallas County Economic Development Authority Executive Director Wayne Vardaman said. “Prior to that I had got some FBOs in here and they go ‘have you got a tower?’ ‘well no’, ok well I can’t come. So, what this does it get this obstacle out of the way. So now we are sitting in a situation where nobody got an excuse why they couldn’t come here and of course, with that long runway and the big flight line out there, it’s just open for business. That’s what it does. It opens this for business.”

This new tower is a virtual tower that has some benefits over a traditional tower, according to Vardaman.

“It’s virtual because you don’t have to have someone up there looking to do it,” Vardaman said. “Which is a whole different paradigm. So, shifted that paradigm into that you can do it with machinery. You can actually do it better.”

The modification of the tower for it to be used as air traffic control began over a year ago. COO of Advanced ATC Dan Cunningham said a lot of steps were needed to reach this point but he is glad with the tower now operational.

“Having the air traffic control tower operational is exciting,” Cunningham said. “We have been working on this project for well over a year in designing it, preparing it and all the things that go with it mechanically. We are just excited to finally get it up and operational for the Selma Airport.”

The tower is expected to bring more traffic to Craig Field which would benefit the city of Selma.

“What it does for the city is all indirect stuff,” Vardaman said. “You’ll have more commerce, hopefully more people will live here so it does that kind of thing.”

Now that the tower is up and operational, Craig Field has expectations and goals it wants to reach in the near future.

“Now that we have it up and running we can use it in conjunction with our training academy,” Cunningham said. “So, students who come here for our program will not only get the classroom training they need and the simulation training they need, but they’ll be operational in the control tower learning how to be air traffic controllers. Untimely within one year, they’ll all be certified air traffic controllers.”