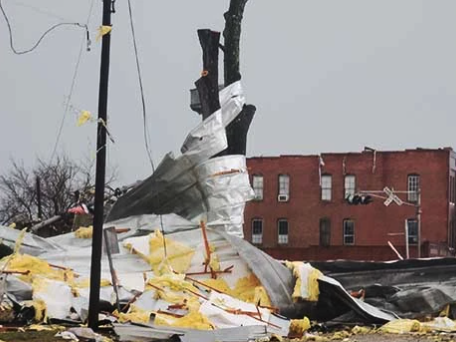 President Joe Biden approved an Alabama Disaster Declaration on Sunday morning for the areas hit by the tornado, according to a White House official.

In a press release from the White House,  Biden declared that a major disaster exists in the state and ordered Federal aid to supplement State, tribal, and local recovery efforts in the areas affected by severe storms, straight-line winds, and tornadoes.

The ruling from Biden makes Federal funding available to affected individuals in Dallas and Autauga Counties, the two areas that suffered the most damage from the tornado.

“I’m thankful that President Biden has heard our calls and expedited a declaration of major disaster for the State of Alabama following Thursday’s devastating storms,” Rep. Terri Sewell. said. “This declaration will free up critical federal resources to relieve, recover and rebuild. I look forward to continuing to partner with Governor Ivey, Alabama’s congressional delegation, as well as state, local, and community stakeholders to use these resources as an opportunity to build back Selma and all the affected areas better for the people of Alabama.”

Assistance can include grants for temporary housing and home repairs, low-cost loans to cover uninsured property losses, and other programs to help individuals and business owners recover.

Residents and business owners who sustained losses in the designated areas can begin applying for assistance at www.DisasterAssistance.gov, by calling 800-621-FEMA (3362), or use the FEMA App. Anyone using a relay service, such as video relay service (VRS), captioned telephone service or others, can give FEMA the number for that service.