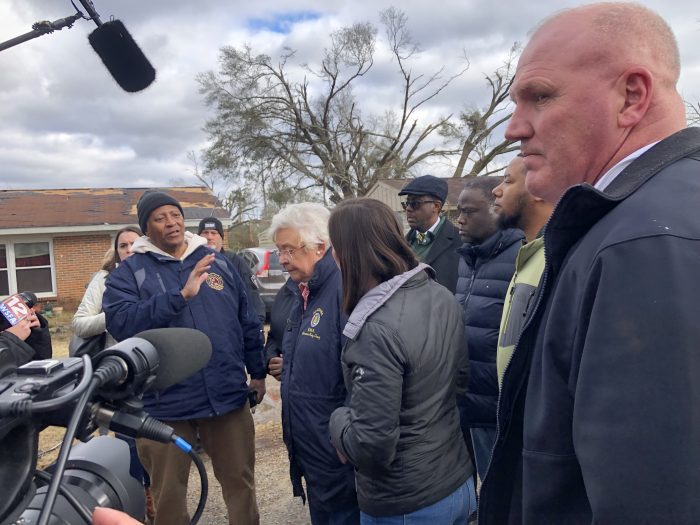 Governor Kay Ivey said that President Joe Biden will approve a major disaster declaration for Alabama for the tornado that roared through parts of the state, including Selma.

Ivey, who visited Selma and Autauga County to survey tornado damage, said she talked with Biden after returning to Montgomery. Friday evening.

“I have asked him to expedite a major disaster declaration for Alabama,” Ivey said.  “He assured me he will approve that as soon as he receives it. We are truly grateful.”

After the tornadoes hit Thursday, Ivey declared a state of emergency in six counties affected by the storm.