OPINION: Despite the devastation, we’re all one Selma 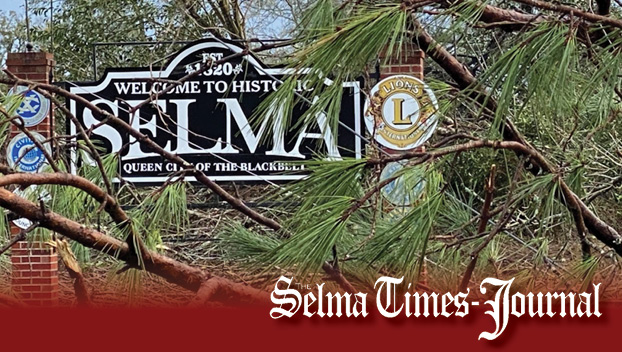 My heart is broken, Selma, and I know yours is, too, as you survey the damage and begin to pick up the pieces Thursday’s tornado caused in our historic and diverse home.

Finding the words to adequately and clearly convey what happened to Selma and its people around noon Thursday is difficult. It is the worst of the worst, but with a silver lining – at this point there have been no reported deaths or serious injuries. To say we got lucky in that regard is putting it mildly. If you believe in such, maybe the word “miracle” is appropriate, but after witnessing and walking through the aftermath, I’m a believer, and I know many of you are, too.

Our city has been through much in its 200 years. The Civil War, the Civil Rights Movement, plagues, hurricanes, the closing of Craig Air Force Base, and now a tornado that tried to rip the heart from our beloved Queen City. But here’s what I know about Selma and its people – we are a tough and stubborn bunch. When we get punched in the gut, we get up, dust ourselves off and fight back. And that is what I saw yesterday. Neighbor helping neighbor, friend helping friend and strangers showing up carrying chainsaws, their sleeves rolled up asking, “What can I do to help?”

Such scenes are seen time and time again in this city, and I was not surprised.

We can be a finicky and eclectic bunch, but when someone, or some thing, attacks the collective, we’re one Selma. And that quality is difficult to come by these days when the world is so caught up in individualism and self-promotion.

The days and weeks ahead will be difficult for our city and its people. The debris will eventually be cleared, homes will be repaired or rebuilt, and some sense of normal will return, but the landscape of our city will be forever changed, and that fact hurts me deep in my soul.

Many of the landmarks we have used to navigate for decades are gone – mainly the massive live oaks that perfectly framed our city and brought us comfort with their beautiful broad branches draped with Spanish moss and their shade on hot summer days. The loss of those trees in our city is incalculable, with many of those majestic oaks as old as the city itself, if not older.

Even the iconic Sturdivant Hall was not spared the storm’s wrath, its massive and beautiful trees lost, the building itself damaged though mostly intact. Many wedding receptions and parties were held under the shade and comfort of those trees; trees that are now lost forever.

I remain shaken and saddened by what happened to us Thursday. The ferocious storm was yet another attempt to break our will, to make us give up on Selma, but I know that won’t happen. Once again the eyes of our state and nation are upon us. Now is our time to shine, to show the world how tough and resilient we are, to show the fighting spirit and the kinship we have for each other. It’s what truly makes the people of Selma unique and special, and I know we won’t let each other down, because in the end, we’re all one Selma.