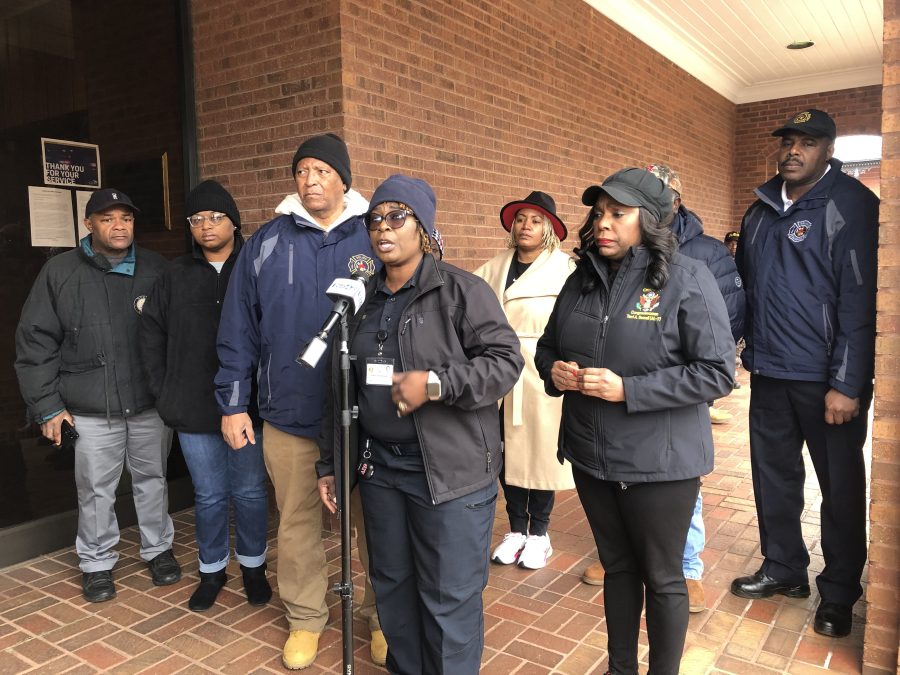 “The tornado came in and divided our city, it was a devastation,” said Perkins, adding Governor Kay Ivey had declared a state of emergency for Selma.

Sewell, who said she arrived in Selma Thursday night from Washington D.C., said she was saddened to see part of her hometown damaged by the tornado.

“The damage in Selma is unimaginable, my heart goes out to the people who suffered damage,” Sewell said. “We will get through this, but it will take a lot of effort. I can’t say enough about Mayor Perkins and Judge Nunn and the county officials for their hard work.”

Nunn said that the county will work together with the city to help clean up and restore Selma.

“It’s a devastation to what happened in Selma,” Nunn said. “Selma is in Dallas County and we will be there for them. We will get through this, but it will take time.”

“While this is a dark time for us, we will rebuild and we will be better and stronger when it is done,” Chestnut said.

Nunn gave an update on the Dallas County Jail, which suffered damaged from the tornado. Nunn said he was briefed about the jail by Dallas County Sheriff Mike Granthum.

“The jail and juvenile center was damaged, but they had no escapees,” Nunn said. “The inmates and juveniles were transported to other facilities.”

Selma Fire Department Interim Chief Franklin Edwards said 25 people were treated for injuries Thursday, but no fatalities. Edwards said that one person was transported to UAB hospital, but the injury was not life-threatening.

“Our major concern is cutting down trees so citizens can have access to roads,’ Crusoe said.

City of Selma Public Works Director Henry Hicks urged citizens to put their garbage at the end of the street to get picked up.