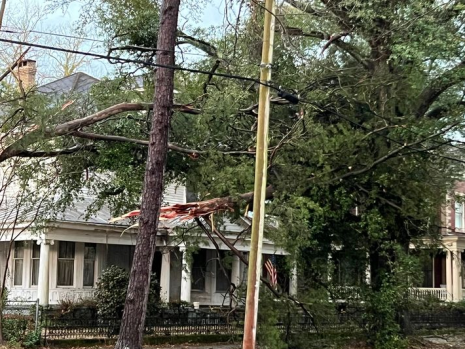 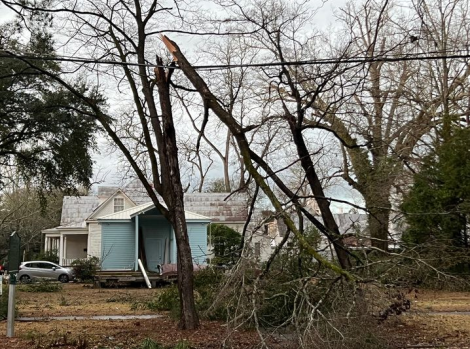 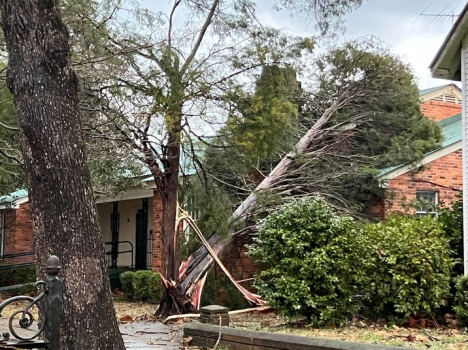 Selma resident Eliza Manuel and her daughter were enjoying a typical day at their home on Furniss Avenue when she was jolted by a weather alert about a tornado bearing down on the city.

“When I got the weather alert, I heard on Channel 8 news saying (to) get in your safe place, and they showed Broad Street,” Manuel said. “They said, ‘If you know anyone who is in the cars, give them a call and get them in a safe place.’”

Manuel and her daughter took shelter in their home once they realized what was happening, and rode the out the storm’s fury.

“I got a hall closet,” Manuel said. “We went in there, and we closed the door. After that, the only thing we heard was ‘boom’ and ‘bam.’ Everything was hitting and dropping and hitting. Windows were breaking, and ceiling fans were falling.

Manuel said her daughter looked out the door and all she saw was black, and it sounded like a train was coming.

After the storm had passed, Manuel walked outside and surveyed the damage to not only her house, but to the neighborhood.

“After a while, I went to the front door, and I saw all the trees and stuff was down,” Manuel said. “The only thing I could do was shut the door and thank God. I had to get (my) composure and went back outside the door and started checking on neighbors.”

Keith Clark was also at his house when the storm came through, and he went to his basement to ride out the storm.

“I heard strange, strange noises,” Clark said. “It sounded like a little freight train coming through. I had never heard anything like that before. Very, very, very loud, and it lasted about 10, maybe 15 minutes, and then everything sort of slowed back down.”

When Clark came out of his home and saw the destruction, he said he was happy he was not injured.

“My first tornado, and I survived,” Clark said. “I was very excited. I got worried and wanted to see how everyone else was doing.”