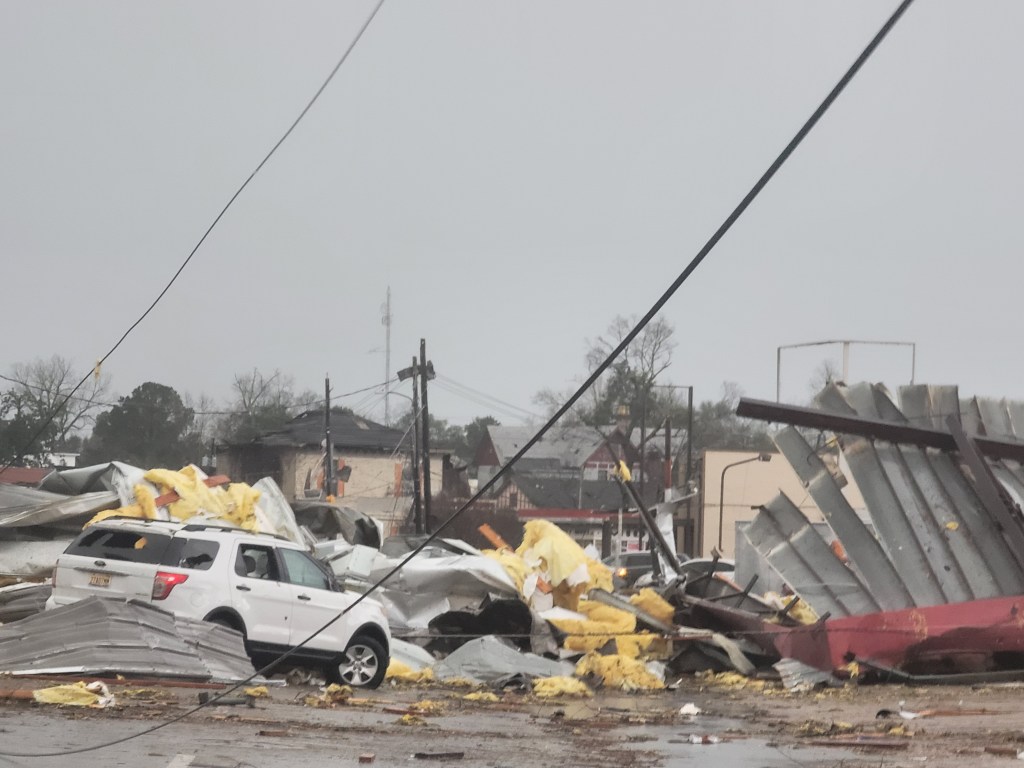 Photo by James Jones: Alabama Power continues to make headway on restoration of power to Selma, but severe damage and debris are hindering their efforts.

Images and videos of the tornado and its aftermath from residents, journalists and others began to fill Twitter Thursday after the twister hit the city.

Intense video of scud/rising clouds into a tornado warned storm earlier this afternoon. This is the same cell that caused damage in Selma then moved north of Montgomery and continued to the east #ALwx pic.twitter.com/3TiBzBLZlS

NEW video from Selma, which has been devastated by a tornado this afternoon pic.twitter.com/EnoQBucXg1

Thanks to @spann for posting these. More tornado damage imagery from around the Selma, AL area from earlier today (Thursday Jan 12). That tornado was not messing around. #alwx #TORNADOWARNING https://t.co/CBve7uRQLL

It looks like a bomb just went off in #Selma, #Alwx. Please pray for these people. #tornado https://t.co/ymhQRiPr6T

LOOK: Check out this look at the aftermath in Selma, Alabama, after a “large and extremely dangerous tornado” caused damage in the area earlier today, according to the National Weather Service. @jamiearnoldWMBFhttps://t.co/G8TUIgkLoM pic.twitter.com/Ty8xAfXXdQ

Tornado damage in #Selma #Alabama from storms just a short time ago this afternoon. #alwx https://t.co/mtrLodooDu