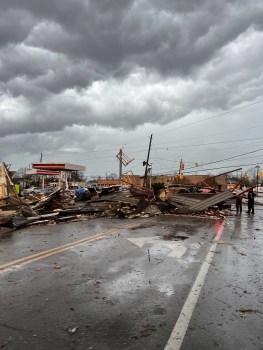 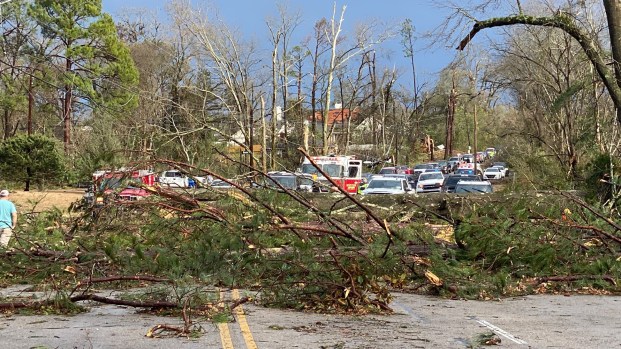 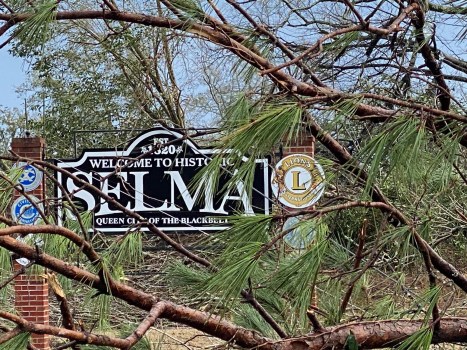 Selma Mayor James Perkins Jr. announced during a Zoom press conference Thursday afternoon a curfew will be in effect from dusk until dawn as emergency crews work to clean up damage caused by a tornado touching down in downtown Selma and surrounding areas.

“If you don’t need to be out, don’t go out,” Perkins said. “What the probate judge (Jimmy Nunn) has said is true. We have a lot of downed power lines, there’s a lot of danger on the streets, and we need to make sure that you remain safe. So far, we have had no fatalities. People have been injured, but there are no fatalities …

“We are very diligent, very deliberate about how we’re approaching this. We’re asking you, the public, to stay at home this evening (and) allow these emergency responders to get the work done.”

According to Perkins, the Selma City Council will hold a called meeting tonight at 6.

“They will be convening to declare an emergency here in Selma,” he said.

Perkins added he reached out to officials from Alabama Power regarding outages in the area, but he had not received a current update.

“We will be getting one, and as soon as we get that update, we’ll let you know,” he said. “We’re also collaborating with our state partners and the folks out of Montgomery to help us try to get an aerial view of what has taken place here so we can get a good assessment of the damages as we move forward.”

He commended each agency who responded to cleanup efforts and assisted with the process.

“These cooperative agreements we have, those collaborative agreements – they work,” Perkins said. “Folks just began to show up in public safety and public works, and we are getting a lot of this work done.”

“This is a sad day in Selma and in Dallas County,” he said. “We’ve had an opportunity to go to several of the places (affected), but most of the places, the roads are closed. We can’t get through.”

He added the tornado hit the Dallas County Jail.

“At this point in time the Sheriff’s Association is getting all of our inmates, all of our (juveniles in the detention center) out and getting them shipped to other counties,” he said.

Nunn said it will take a group effort from the community and all agencies involved to move forward from the event.

“When God moves His hand, there’s nothing that we can do except accept it and pick up the pieces,” he said. “That’s what we’re doing at this time, trying to assess the situation. We pray to God we don’t have any type of fatalities. That’s the main thing … We can replace a building. We can replace a car. But we cannot replace a life.”

Senior Public Works Director Henry Hicks delivered an update on cleanup progress and how the damage has impacted local traffic.

“At this point, we’ve been able to clear Broad Street all the way from the (Edmund Pettus Bridge) to Highland,” he said.

He added he had received reports that most of Alabama Highway 14 is now open, but plenty of work remains.

“We have a lot of trees and power lines down, so we ask everybody to please be careful,” Hicks said. “We are working to try to make sure we can clear the debris as quickly as possible.”