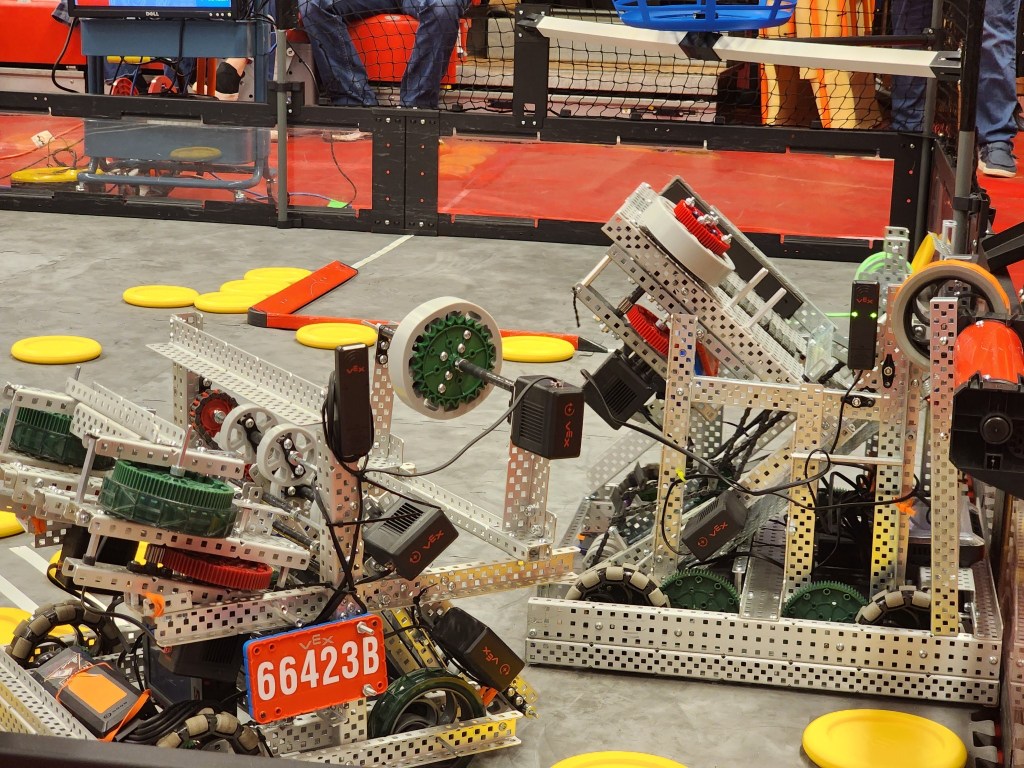 The future became the present Saturday as 50 different teams gathered for a VEX Robotics competition at Wallace Community College Selma.

There were teams from all over the state, including teams represented schools, and home schooled students. The events were split into two different age groups. Both age groups had to take the robots they made and programmed and perform tasks in a competition against other teams. The high school groups’ robots were tested in agility and accuracy, which included robots shooting discs into baskets, while the younger group’s robots pushed disks under a bar without causing the robot to go over the bar.

The competition at WCCS was the culmination of many different events since October in various places across the state. The robotics teams had a skeleton already made but the students had to program and design the robot to fit the needs of the events they were going to compete in.

Auburn University SCORE program was a main sponsor of the event. The group’s main goal is to show students the possibilities that robots can bring to this world.

“When I was growing up we heard that robotics was our future,” SCORE representative Jennifer Spencer said.

“We are at the point now where they are the present. So everywhere you go, every industry you go into from fast food to Sam’s Club, they are running robotics somewhere. So, these kids need to have these skills, and the only way to do that is to introduce them to it.”

“This takes a long time,” Selma Coach Kristy Bettis said. “But, Selma High Robotics team has only had pretty much three days to prepare for this because our robot was on backorder. So we really didn’t get it until almost the end of the school year, last semester. The students just built this robot on Wednesday and Thursday.”

Despite not having much time to prepare and a few minor problems, Selma High’s robot performed well in its events.

Young, along with the rest of the team, worked extremely hard in the three days leading up to the competition to get the robot ready for action.

“It was a lot,” Young said. “Initially we were trying to make a claw arm because that is what the kit came with. But then we realized since we had to be shooting disks, that wouldn’t work…I just thought why don’t we use the parts we have, so we started making the construction belt on the second day after we made the base for the frame. It took half the day of the second day to make the construction belt. Then, getting it attached took the rest of the second day and the first half of the third day. After all that we had to finish up coding this morning because of how long it took to put together.”

At the end of January, the points from all the competitions since October will be tallied before the beginning of the national competitions. Bettis said that despite getting a late start her team will compete in other competitions this month.

“As a matter of fact, we are not waiting until next year,” Bettis said. “We are going to compete more this year as well.”