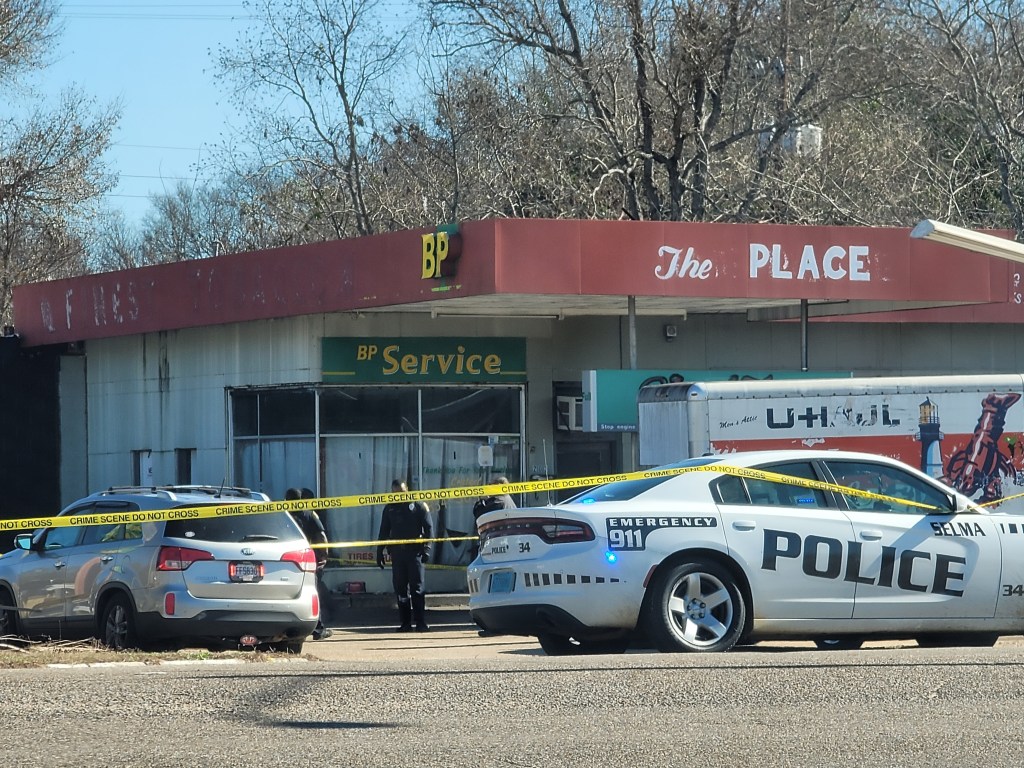 By James Jones and Travis Gupton

The Selma Police Department and the Dallas County Sheriff’s office are investigating a fatal shooting Tuesday in the vicinity of 123 Us Highway 80 E., just east of the Edmund Pettus Bridge.

SPD Lt. Ray Blanks said the Selma Police Department along with the Dallas County Sheriff’s Office responded to the scene. Dallas County Coroner Alan Dailey was also on the scene to assist with the victim.

“Around 10:30 a.m. Tuesday morning, we received a call from dispatch on the 200 block of Highway East,” Blanks said. “Upon arrival, we found the victim with multiple gunshot wounds. The victim was dead on arrival.”

Blanks did not release the victim’s name, nor did he provide any information on a suspect or suspects in the shooting.

“We can’t identify the victim because it’s an ongoing investigation,” Blanks said. “Our investigators are still working the scene. When we get more details, we will release more information.”

“This should not have never happened, life is not taken seriously anymore,” Jackson said.

This is a breaking news story and will be updated when more information becomes available.