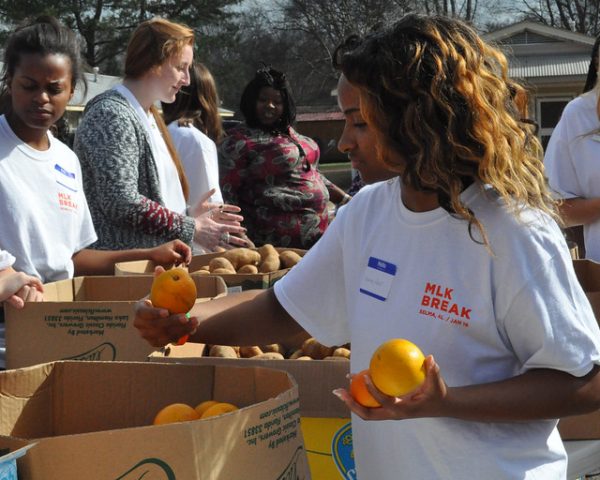 The MLK Holiday and stop signs in certain Wards will be voted on at the Selma City Council meeting Tuesday night at 6 p.m. in Council Chambers.

Auburn University will send students from the Black Student Union Alternative to Selma next Monday for cleanup in Wards 2,3,4, 6 and 7.

Auburn students have spent every MLK holiday over the last few years assisting the city council cleaning up the city.

The city council will vote on a resolution Tuesday.

“We have a good relationship with Auburn,” Young said. “They come down and give us hours of community service.”

Carmichael said the plan is to get 15 new stop signs in his Ward.

James also talked about getting new stop signs in her ward and cleaning up alleys to keep kids safe.

Councilwoman Jannie Thomas discussed about homes in her Ward 7 getting smoke fire alarms by the Selma Fire Department and American Red Cross. The event is titled, Sound the Alarm event in Ward 7.

Two items are scheduled for Citizens Concerns: Pastor A.W. and Patricia Wilson on the baseball field fence and Dallas County Drug Free Communities Executive Director Jerria Martin will give an update on the Washington, D.C. training.

City Attorney Major Madison  will give the Attorney’s report and Mayor James Perkins Jr. to deliver his Mayor’s report.

Neither Madison nor Perkins attended the Work Session.