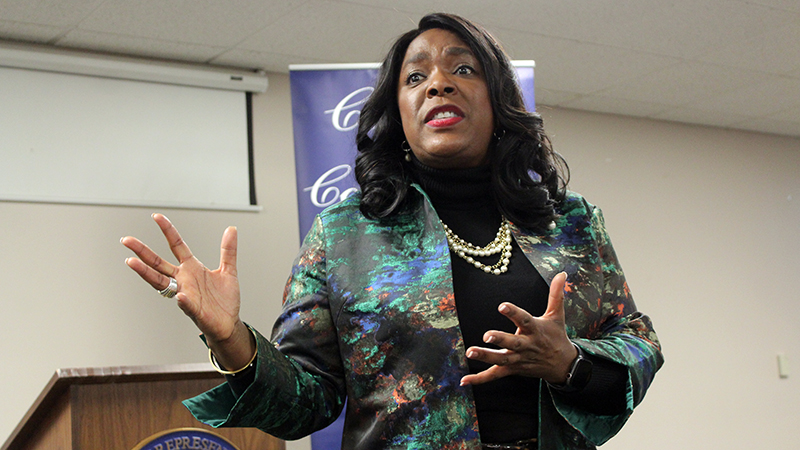 H.R. 3222 designate the 14 counties of Alabama’s Black Belt as a National Heritage Area, including Dallas County to preserve the region’s history and create new funding and tourism opportunities. H.R. 3222 passed the House in July 365-57. An amended version was included in S. 1942, the National Heritage Act, which passed the Senate unanimously last week. The House passed the amended version 326 to 95, sending it to President Biden’s desk to get signed into law.

“For the first time, many historic areas in the Black Belt will be designated as a National Heritage Area, freeing up additional federal resources for historic preservation, tourism, and economic development,” Sewell said. “Passage of this bill is the culmination of years of tireless advocacy and negotiation on behalf of the residents of the Black Belt.

“As the birthplace of the Civil Rights and Voting Rights movements, the Black Belt is where some of the most consequential chapters of American history played out,” continued Sewell. “As a proud daughter of the Black Belt, I’m thrilled that this region will be getting the national recognition it deserves, and I remain endlessly grateful to my colleagues for their support in this worthwhile endeavor.”

Under the Alabama Black Belt National Heritage Area Act, the University of West Alabama will work with the National Park Service and Black Belt communities to determine a strategic management plan.

“Designating Alabama’s Black Belt as a National Heritage Area is a tremendous achievement and marks the culmination of more than a decade of work and support by countless volunteers and organizations not only across the Black Belt but from throughout the State of Alabama and across the nation,” said Dr. Tina Naremore Jones, Assistant Provost and Vice President for Economic and Workforce Development at the University of West Alabama.