No update on Selma’s water problems from Selma Mayor 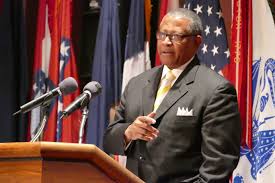 The City of Selma did not provide an update on the city’s water problems.

Neither Robert Bridges of the Selma Water Works nor Dawn Taylor, Administrative Assistant to Mayor James Perkins Jr. provided comment when reached by The Selma Times-Journal on Tuesday.

“Whatever the Mayor puts in the press release is the update,” Bridges said. “Other than that, I have no comment.”

On Christmas Day, Perkins declared a local state of emergency, saying water pipes burst throughout the city because of the deep freeze and it was a strong possibility that the city would run out of water if the situation weren’t addressed properly.

In Perkins’ statement Monday evening, he stated: “Citizens of Selma, as frozen pipes thawed, more leaks have developed. The result, the water tables are dropping again. This time they are dropping from already low levels and this is not good. The crews have been working all day just to keep up. Now we must take a more drastic step. Starting immediately, the Water Board will begin turning off main lines throughout the city in an attempt to further isolate major leaks. This means your water may be turned off at any time and I cannot give you a time in which it will be restored. We will start in areas we believe are most suspect. I know you may need to catch some water but please limit the amount of water you draw for it will make the problem worse. Also, when we restore your water you will probably experience some brown water but resist the urge to flush your lines because that too will make things worse. I hope you are getting the picture.”