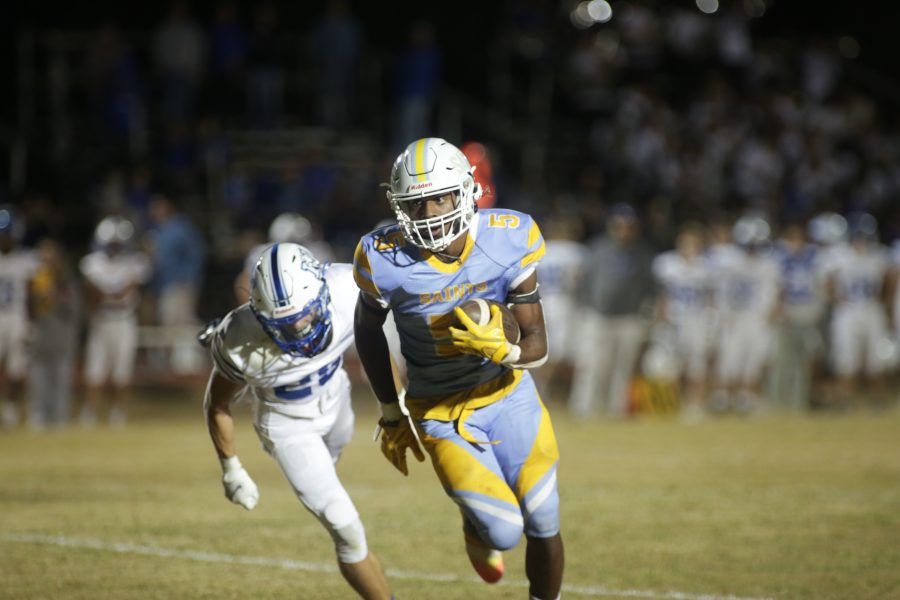 Selma High School has its first player in over 20 years competing in the Alabama-Mississippi All-Star Football game on Saturday.

Selma safety Dakaari Nelson is one of 40 players competing against the Mississippi All-Stars on Saturday at noon at Whitney Bank Stadium in Mobile.

The Penn State verbal commitment is the first Saint since 2001 when Ben Obomanu represented Alabama in the border war against Mississippi.

Nelson has been impressive all week during practice, according to 247sports.com. Nelson had eight interceptions this season.

“He lined up at deep safety and in the slot at cornerback and made plays during practice,” Steve Wiltfong wrote on 247sports.com.

Selma High head coach Willie Gandy is not surprised that Nelson is shining at the All-Star game practices.

“I’m always proud of Dakarri,” Gandy said. “He’s just that type of kid every coach would love to have. Not only as a player but he’s a fantastic person.

“As for as a player I feel like he’s the top player in the state. He’s been a playmaker since ninth grade. So I’m not surprised by his play in Mobile. I’m just glad everyone gets to see exactly how good he is.”