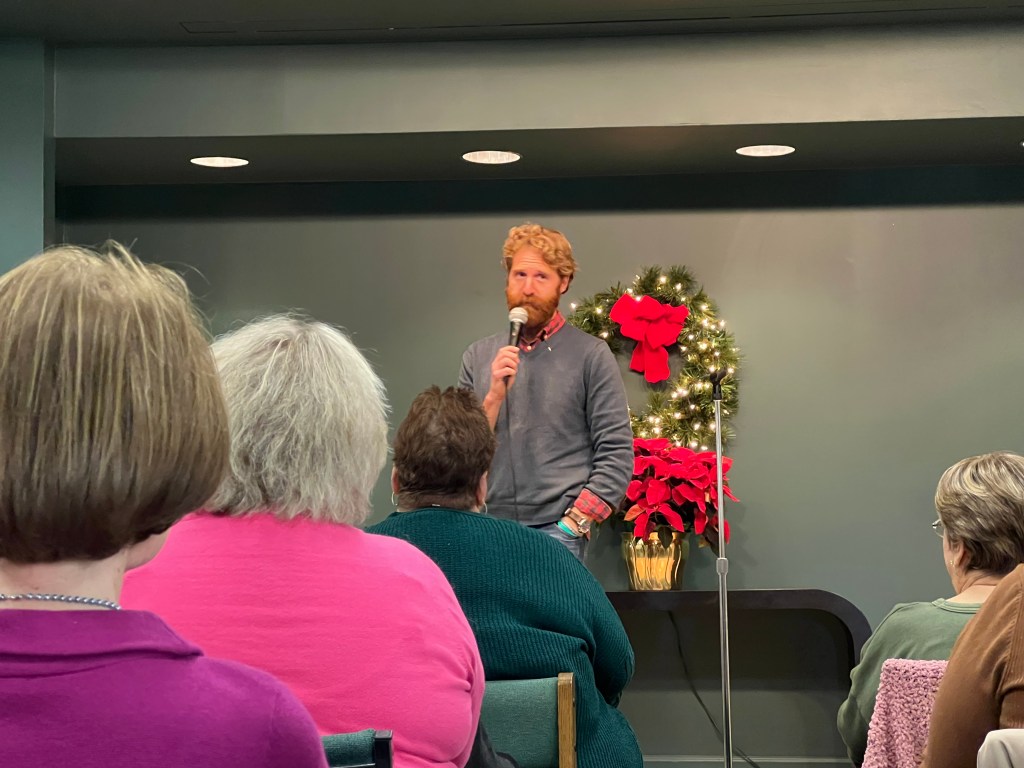 Also known as Sean of the South, Dietrich spoke at the “Lunch at the Library” event. Dietrich sold some of his books and took pictures with the guest.

The Vaughn room in the library was full of people who were Dietrich fans.

While the audience ate, Dietrich opened up his talk by singing some hymn with the audience. He went on to talk about the day he got married. The story made the audience laugh a lot.

Dietrich, whose column appears Wednesdays in the Selma Times-Journal, said in his talk that when he first started writing books, he gave away 150 books.

The people who received the books gave him money for his work.

From there, he went on to write more stories and more books. He said his books are meant to make you laugh and some are made to make the reader cry.

After Dietrich talked, he closed by singing more songs with the audience before signing the books that were bought and took more photos. The ever-famous Marigold also accompanied Dietrich. Marigold is Dietrich’s dog, who also had a lot of photo ops.

Afterward, Dietrich said that Selma holds ‘’a special place in his heart.