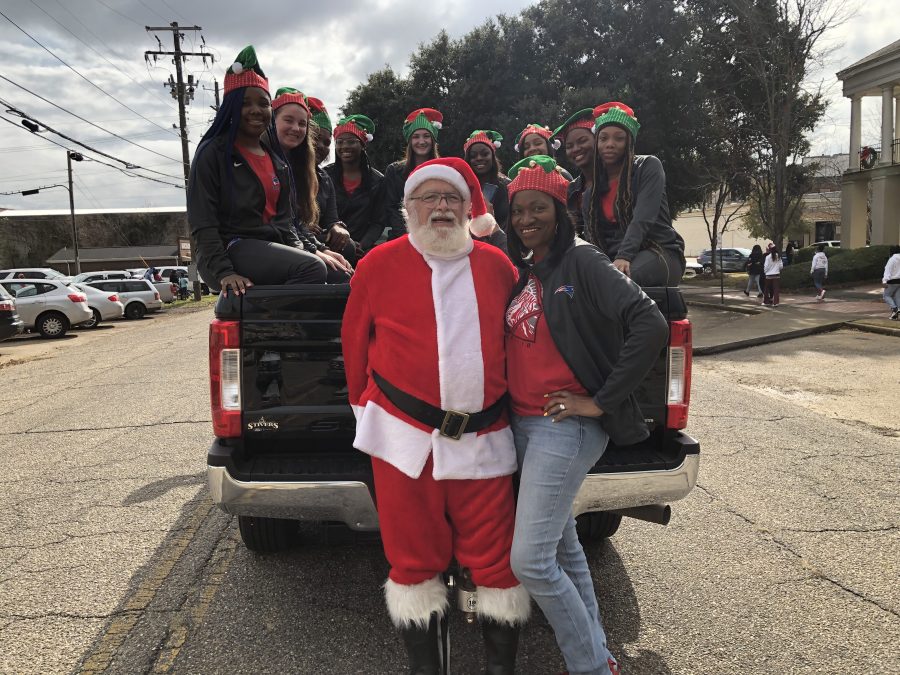 Under heavy rain, the City of Selma held its annual Christmas parade on Saturday morning.

“The rain was nature’s way of adding a little sparkle to the Christmas parade and did Selma Shine,” City of Selma said in a statement.

“The Christmas parade was so much fun,” Young said. “The rain did not stop the Christmas joy. It was a wonderful time in the city.”

The parade had a solid mix of businesses, elementary schools high schools, churches and Greek organizations participate in the parade.

The Wallace Community College-Selma volleyball team took a photo with Santa Claus in the rain.

The local chapters of Delta Sigma Theta and Zeta Phi Beta led the Greek organizations participating in the parade.