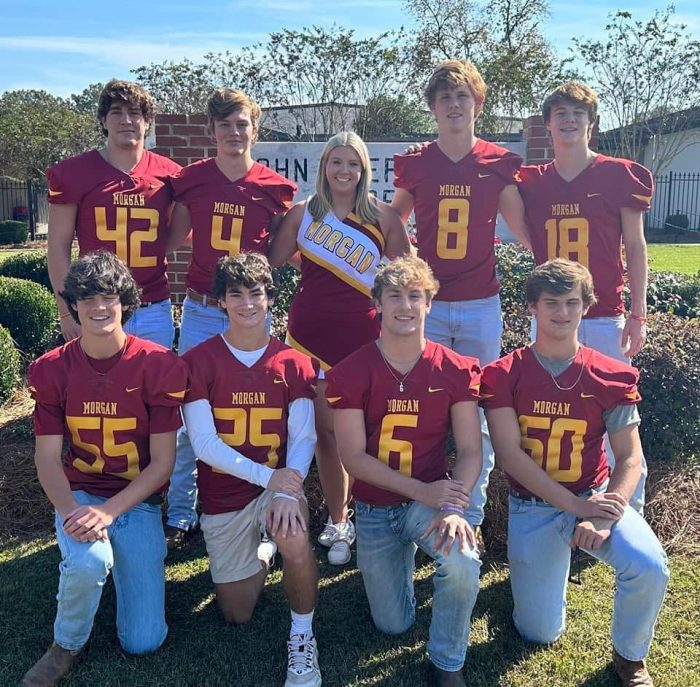 Morgan Academy will be well-represented in the AISA All-Star Football Game on Friday night. The game will be played at 6:30 p.m. at the Cramton Bowl in Montgomery.

Lucy Hopkins was selected as a cheerleader.

Morgan Academy head coach/Athletic Director Danny Raines, one of the coaches on the West squad, said he’s honored to bid farewell to part of the Senator senior class.

“I’m really excited about the opportunity to take the field with these kids one more time,” Raines said. “I’m thankful that our guys get to play another game.”

Raines also said that he’s sad to see Williams not compete in the contest.

“I hate that Rhyne can’t play,” Raines said. “He’s had an amazing career. He’s a big-time player and such a great young man.”

In order to attend the game, a person must purchase a ticket from S2 Pass. Download S2 Pass from the App Store or Google Play.

Once you have downloaded the app, you may purchase your ticket. There will not be a cash gate at this event. General admission is $10.98 per ticket, sales tax, and processing fee included (1st grade and up).