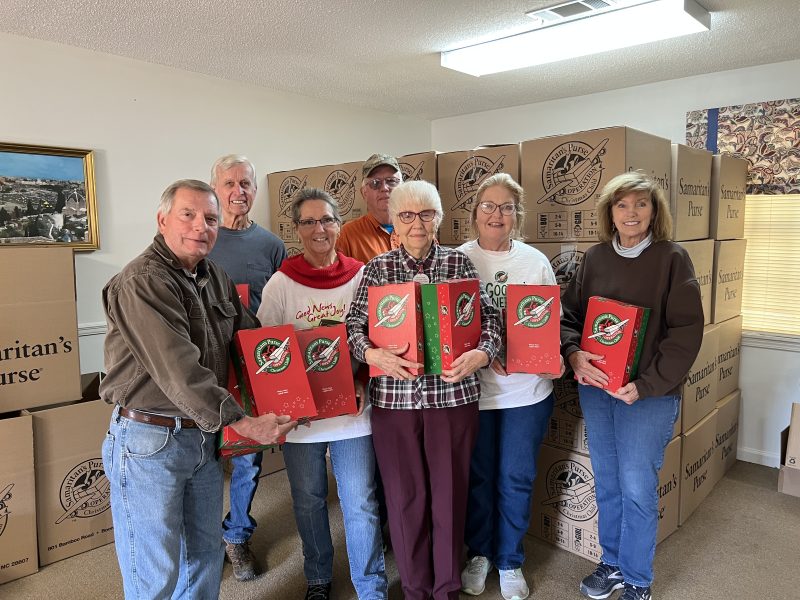 The Epsilon Sigma Alpha finished up their Operation Christmas Child last week to send shoe boxes filled with gifts, attempting to reach people around the world.

The boxes were sent to Atlanta, thanks to a truck provided by Bush Hog in Selma. From Atlanta, the boxes will be distributed around the world.

“Operation Christmas Child has delivered gift-filled shoeboxes to over 198 million children in more than 170 countries. The ministry helps share the love, joy, and hope of Christ with children throughout the world.”

The boxes were handed out to local churches in the area and filled with specific gifts that were given in a list by the ESA.

“These boxes have been prayed over from the time they arrived here at the West Central Baptist Association building and they are still being prayed over in Atlanta in a hope that those who receive the boxes will come to know the Lord,” Kathy Smith said.“If it was not for the community things like this would not happen”.

The West Central Baptist Association was the headquarters for receiving the boxes and Verhoff said that they are an important part of this ministry.

“West Central Baptist Association  – Selma, Al serves as a local drop-off location for shoeboxes the third week of November,” Verhoff said. “In Selma, the shoe boxes are counted and placed in cartons.

On The last day, the cartons are loaded into a cargo van for transportation to the Central Drop off center in Prattville.  The shoeboxes then travel to a processing center in Atlanta Georgia where they are processed for international shipping.  Selma -Dallas County and Marion Perry Count have volunteers who travel to Atlanta to assist with this process.

The group wanted to send a thank you to all those that helped with the boxes and those who continue to support the outreach efforts.