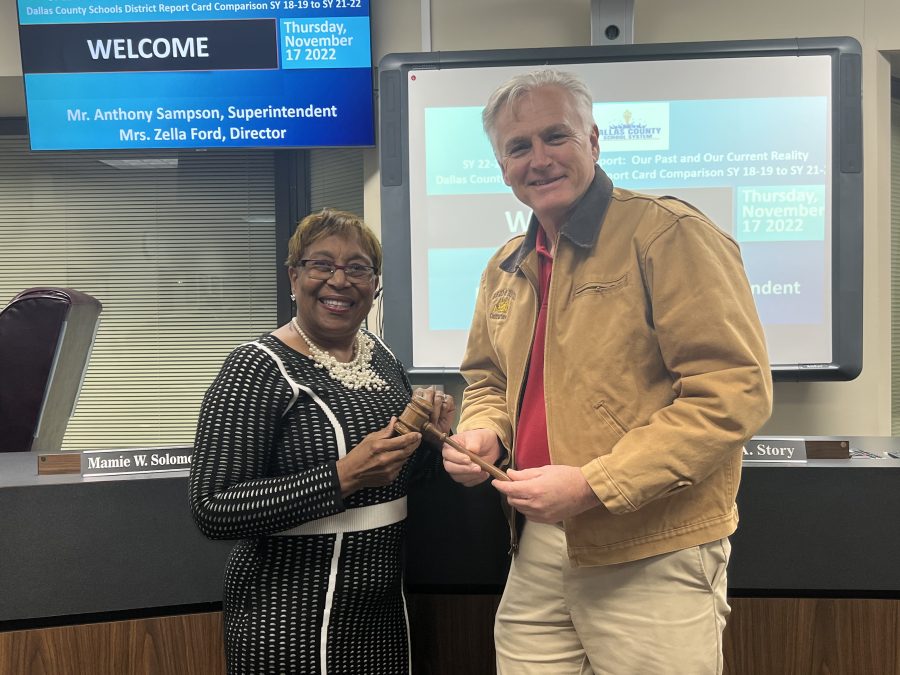 Several items were discussed at the year’s final Dallas County School Board meeting on Thursday night at the Commissioner’s Chambers.

Dallas County Superintendent Anthony Sampson was one of the first to speak at the meeting, talking about a plan to start fixing the low scores the school district had on the Alabama Accountability Act report cards.

The Accountability Act is a significant step toward improving the educational outcomes of students in failing schools. Several schools had either a D or F score after the report cards came out. Sampson released a press release before the meeting to discuss his reactions to the report cards.

“We have work to do in Dallas County,” Sampson said. “We have important work to do for the students of Dallas Country School System. When I first arrived, I established the Curriculum and Instruction Department which worked with me to help identify the schools which would need improvement. The information made public today contains no surprises. We are already working on Improvements.

“Parents let’s remember, the report card released today is a reflection of where Dallas County was last year. We will not be here next year and I promise you that in the next two to three years our community will be proud of our progress. As we begin to implement changes across the district, I am asking each of you to partner with us by becoming actively involved in your school and knowing the academic status of your child. We will make great things happen in DCSS.” Sampson proposed a plan to fix the report cards and the board voted to approve the proposal. In other business, the board approved extending the contract of school board attorney Malika Sanders-Fortier for another year. The board also approved a bid to order new HVAC systems for schools in the district. The HVACS will go into Southside, Southside Primary, and Tipton-Durant middle school.

In the legal business, the board approved allowing Fortier to move forward legally to remove sanctions that will allow students from other counties to attend schools in the Dallas County School District.

“What we want to be able to do is to remove any barriers that would prohibit a student from attending school in Dallas County,” Sampson said. “ Dallas County is a great place to live, to work, and to send children to school. So if surrounding communities desire for their children to attend school in Dallas County, we want to make sure that we negotiate those obstacles that are in place based upon historical actions to give students the opportunity to attend school.”

The last item of business was handing over the president’s gavel from former president Mark Story to new president Mamie W. Solomon.

“I am excited for Mrs.Solomon and the opportunity for her to lead and serve as board president,” Sampson said. “I still have five bosses. The board president is the lead so my primary first communication will always be with the board president. It’s a pleasure to work with all of my board.”