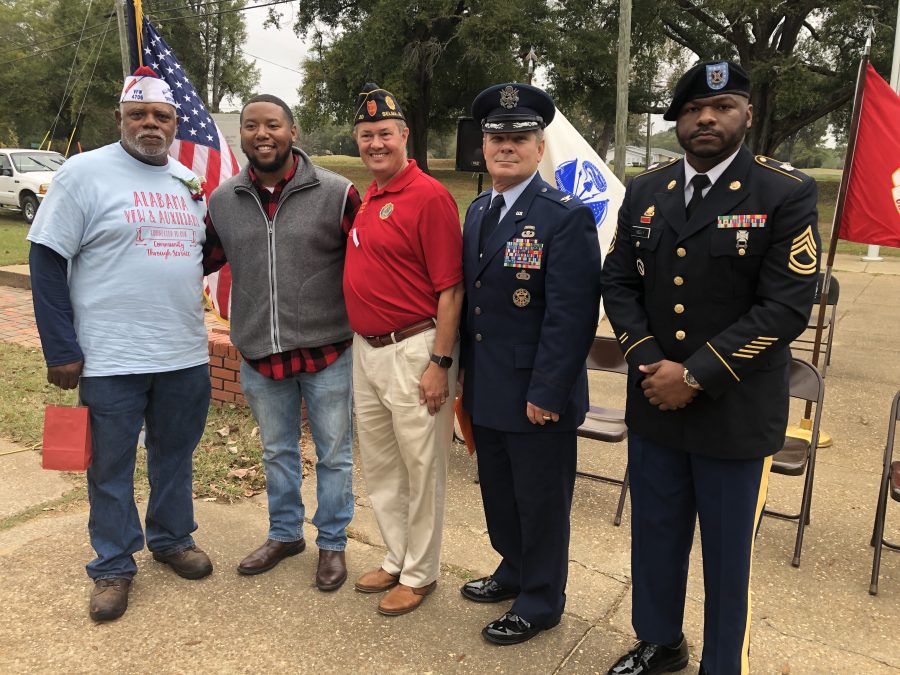 Under light rain, veterans and their families from all branches of the U.S. military attended.

Selma Mayor James Perkins Jr. and Dallas County Sheriff Mike Granthum were among the high-profile officials who attended the ceremony.

Stewart, who beat Michael Nimmer in Tuesday’s General Election, commended the American Legion for its work with the veterans.

“I thank the veterans for serving this country,” Rollins said. “We owe a lot to the veterans in World War II, Korea and Vietnam.”