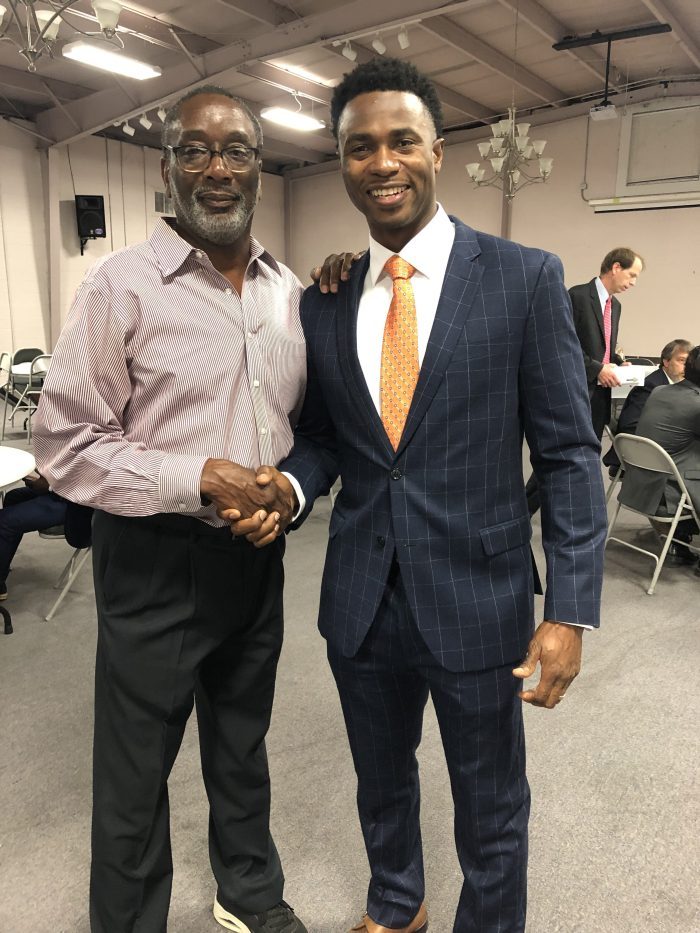 Wide receiver Ben Obomanu credits Selma as the launching pad for his athletic and professional career.

Obomanu was the guest speaker at the Selma Quarterback Club on Tuesday at the George P. Evans Building.

Obomanu was the Salutatorian at Selma High in 2002 and became one of the state’s top college prospects. He was surrounded by family and friends, including his mother, Brenda Obomanu, uncle and Selma City Councilman Sam Randolph, and sister Yolanda Rudolph.

“Thank you for inviting me to come back home,” Obomanu said. “Twenty years ago at the Selma Quarterback Club, I sat in the same seat where the scholarship recipients are. It’s fun to see my former coaches and teachers. It warms my heart to see the people that groomed me to be the man that I am today.”

“Auburn flew a plane to Craig Air Field and I took the 15-minute flight to Auburn,” Obomanu said. “That’s how Auburn got me.”

Obomanu was a seventh-round pick of the Seattle Seahawks in the 2006 NFL Draft. He played seven NFL seasons.

“I had a cool NFL career,” Obomanu said.

Obomanu is currently an Attorney at Hillis Clark Martin & Peterson P.S. in Renton, Washington. He earned a law degree from the University of Alabama.