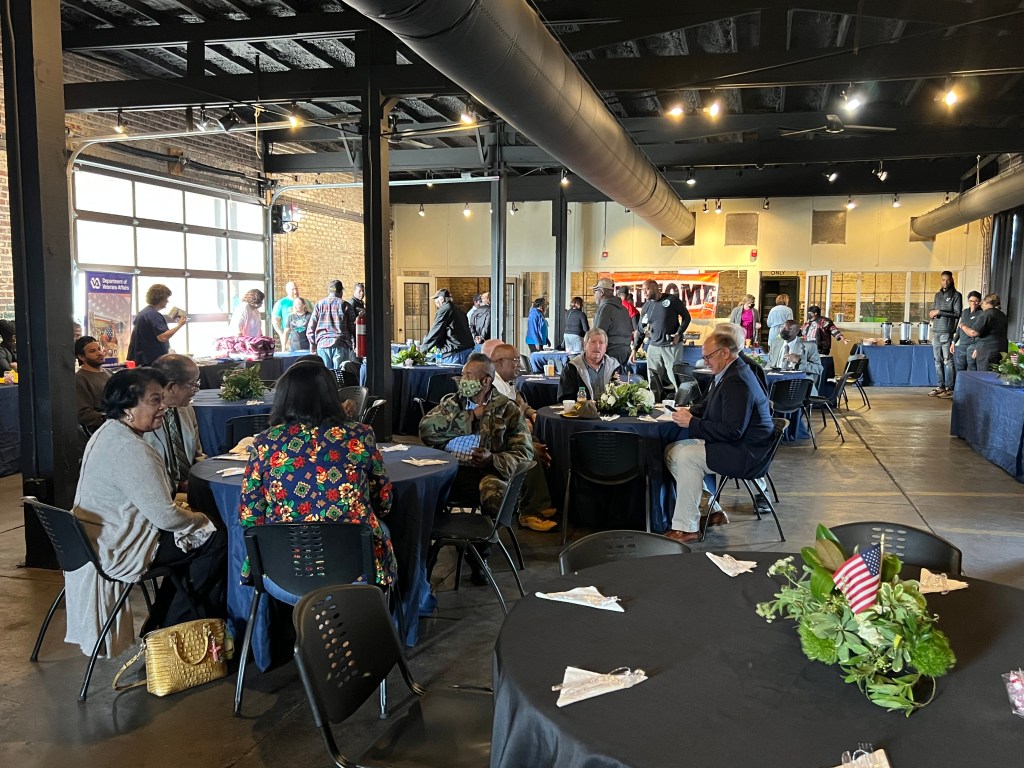 Over 20 veterans joined together, shared a meal of grits, eggs, bacon, and sausage, and stories with each other.

The event opened with a prayer, pledge of allegiance followed by food. Multiple branches at the breakfast, ranging from the navy to the army and other guests.

Johnson’s father, Sam Johnson, a retired U.S. Marine and Purple Heart recipient, who also served in the Vietnam War, spoke at the event.

As the breakfast continued, several stories from the past were shared and got several laughs.

Before the food was served, the event mentioned those who gave everything for the freedom of the country, and they were included in the prayer before the meal.