Morgan Academy storms past Autauga Academy in 2nd half 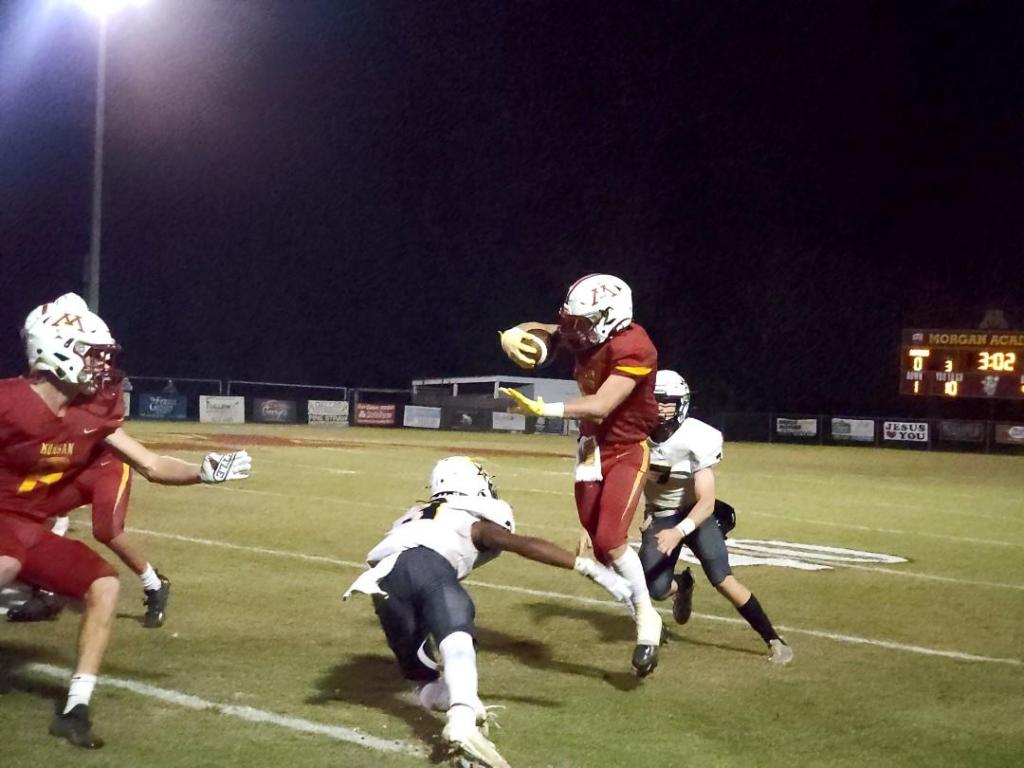 Morgan Academy overcame a 10-point deficit in the first half for a 40-30 win over Autauga Academy in the first round of AISA  State Playoffs on Friday night.

Penalties hindered drives for both the Generals and the Senators. Autauga scored in the first quarter with 2:43 left in the quarter on a 34-yard field goal. Neither team scored again in the first half as both defenses held the other offenses in check.

With 9:07 left in the third quarter, Autauga’s Lake Barber scored from 35 yards out for a touchdown. The extra point was good. The Generals led 10-0. The Senators got on the board on a CJ Crocker 12-yard touchdown run with 8:08 left in the third. The two-point conversion was no good making the lead 10-6 Generals. Morgan got their first lead of the game with 6:32 left in the third. TB Clements connected with John Allen Ingram for another Morgan touchdown. Morgan now led 12-10

With 4:20 left in the third, the Generals responded to regain the lead 17-12. The Senators quickly responded with 2:07 left in the quarter with a 33-yard touchdown pass from Clements to Rhyne Willams. The two-point conversion was no good but Morgan re-took the lead 18-17. Early in the fourth quarter, the Senators extended their lead on a two-yard touchdown run from Allen Michael Creech with 11:41 left. The two-point conversion was good extending the lead to 26-17 Morgan. The Generals responded with a touchdown with 10:46 left making it 26-24. From there. Morgan took over. With 6:13 left in the game, Morgan scored on a 25-yard touchdown connection between Clements and Williams. The two-point conversion was good making it 34-24. Morgan put the game away with 5:08 left in the game on a 7-yard touchdown run from Creech for a 40-24 Senators lead. Autauga scored a final time with 3:30 left to make it 40-30. “I’m so thankful for this,” Raines said. “They deserve this and are so thankful they got this win.”