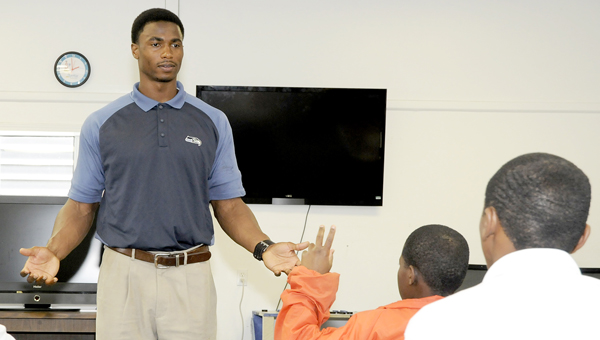 A former Selma High School and Auburn University wide receiver will speak at the Selma Quarterback Club on Tuesday.

Ben Obomanu will be the keynote speaker at 6 p.m. at the George P. Evans Building.

At the event, $4,000 scholarships will be awarded to five seniors in the Selma and Dallas County area, an annual tradition of the Selma QB Club.

Obomanu graduated with honors from Selma High in 2002 and became a standout for the Tigers.   He was Selma High School’s 2002 salutatorian. He played on the Tigers’ undefeated team in 2004 that won the SEC Championship, but did not play for the BCS national championship.

The 39-year-old Obomanu was a seventh-round pick of the Seattle Seahawks in the 2006 NFL Draft. He played seven NFL seasons.

Obomanu is currently an Attorney at Hillis Clark Martin & Peterson P.S. in Renton, Washington. He earned a law degree from the University of Alabama.

Obomanu and his wife, Marquinta, have two children.