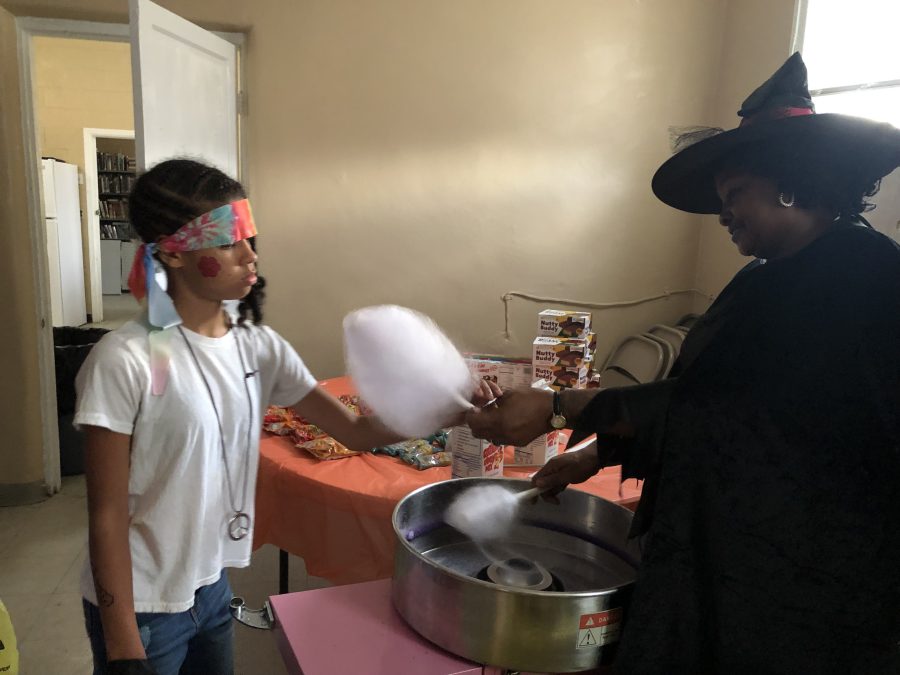 The Orrville Community Center was decked out in homemade ghosts, spider webs and pumpkins for the city’s annual Halloween festivities on Monday.

Under a cool, overcast evening, cars quickly filled the parking lot, followed by countless kids climbing out of vehicles and running inside the community center to celebrate trick or treat.

Kids were dressed in various costumes, ranging from superheroes like the Incredible Hulk, Wonder Woman to classic characters like the Grim Reaper, Power Ranger and Jason Voorhees.

Games were played under the tune of old-school music during the two-hour event with prizes given out.

Candies were given out toward the eof the event.

Lula Watters was among the adult volunteers who assisted with the kids. Watters, dressed in a witch’s costume, said she was glad to see the kids enjoy themselves under festive envrronment.w

“This event gave the kids something to do and somewhere to go besides hanging out in the streets,” Watters said.