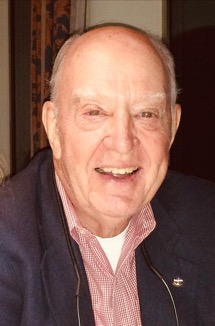 Dr. Frank L. “Sonny” Holt died October 25 at his home in Leeds.  Sonny was born in Atlanta on December 15,1934, spent his early childhood in Birmingham, and grew up in Selma.   His parents were Franklin Holt and Martha Lundy Holt.

After serving in the U.S. Air Force as a dentist at Tyndal Air Force Base, Sonny returned to Birmingham and taught at the Dental School for 25 years.

Funeral services will be held on Friday, October 28, at Highlands United Methodist Church in Birmingham, with visitation at 10:00 a.m. in the sanctuary and a  service to follow at 11 a.m.  Graveside Service  will be at New Live Oak Cemetery in Selma at 3:30 p.m.  Memorial donations may be made to Community Ministries at Highlands United Methodist Church, 1045 20th St., South, Birmingham 35205, or to a charity of your choice.  Services are under the direction of Ridout’s Valley Chapel (205-879-3401) in Homewood.