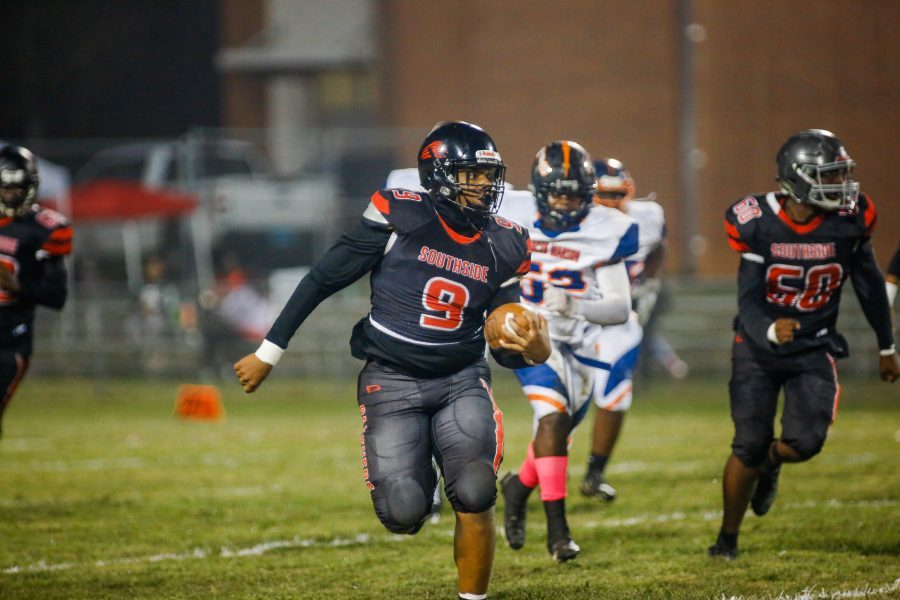 Southside (5-4), Dallas County (1-8):  The Panthers won the Chris Harrell Memorial trophy last year. The trophy sponsors are Bruce and Linda Holmes. Southside is coming off three consecutive losses in the last three weeks. Southside knows how to score the problem has been the defensive side of the ball the last few weeks. Southside will need to ready up their defense against Dallas County to take home the Chris Harrell trophy. For the Hornets, it is the exact opposite of the Panthers. Dallas County has struggled to find points the last two weeks. They have not been able to get any points against Bibb County or West Blocton. If Southside gets its defense ready then Dallas County will need to find unique ways to get past the defense of the Panthers.

Morgan Academy at Pickens Academy: The Senators (5-4)  travel on Thursday to take on the Pickens Academy Pirates on the road. The Pirates have had a rough season only winning two of their games. They are coming off a loss to Banks Academy by a 34-6 final. Morgan Academy is also coming off a loss against Glenwood by a final of 63-32. The Senators have hit a little bit of a slump losing their last two. Pickens Academy is a big game for the Senators to get back into the win column before they enter the playoffs. “ This is going to be a big game for us,” Morgan Academy Head Coach Danny Raines said. “ It will be a Thursday night game at their place. That’s our next game and that’s a big game. We want to prepare for them and have a good week to prepare for them. The main thing is to get back on a winning track. We need to put everything into Pickens Academy and see if we can get that win. After that, we can worry about the playoffs.” Mogan Academy has plenty of weapons but one thing that was exposed against Glenwood is that Morgan has to find a way to stop the run. Glenwood had their way on the ground last Friday. The Senators will need to find a way to stop the run to get a win on the road. Last Friday, Morgan also had penalties that put them behind the line on early downs. Morgan needs to play more disciplined on the road to get back into the win column.

Keith at Isabella: The Bears (5-4) are going to be on the road against what will be a tough challenge against Isabella. The Bears are coming off a decisive 42-0 win against Hatch at home. The Bears can score and score often and they will need to do that against a stout Isabella team. The Mustangs are coming off a 48-14 win over Woodland last Friday. Isabella on paper looks a lot like Keith in that they can score and score often as well. This game will come down to which defense steps up and gets stops. The Mustangs do not give up a lot of points and neither does Keith so this could turn into a high-scoring game unless the two defenses can get stops. This is shaping up to be an entertaining game.

Meadowview Christian School at Southern Christian: The Trojans (0-10) attempt to get their first win of the season in their regular-season finale..