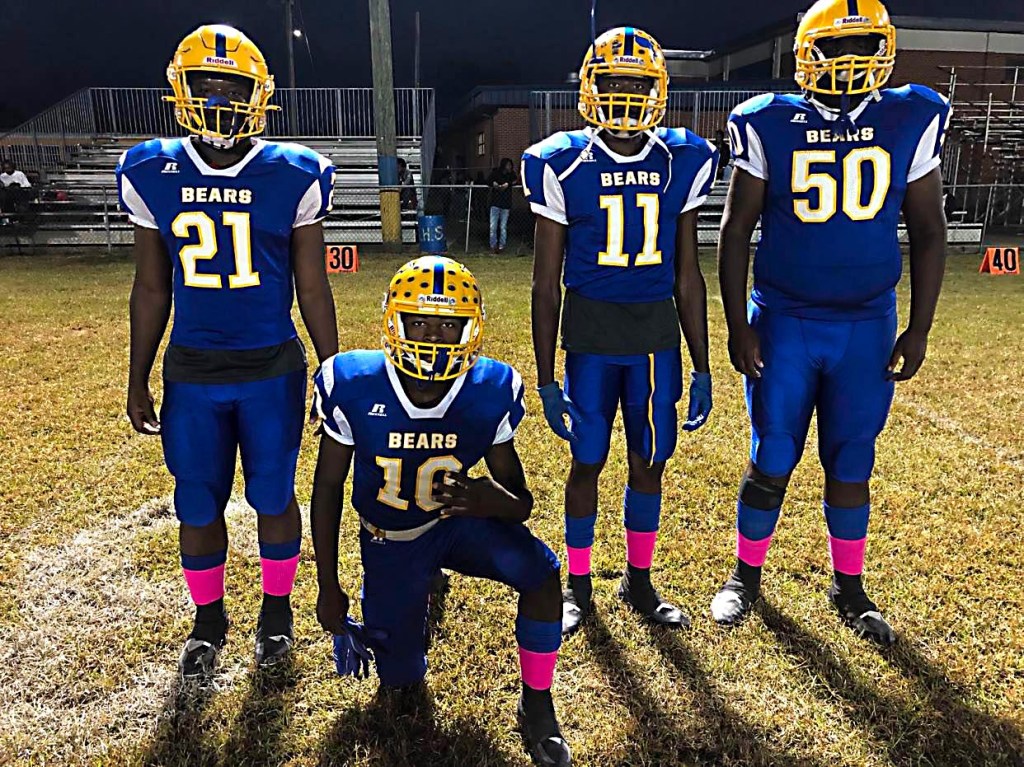 Keith High had plenty of motivation for its regular-season home finale against RC Hatch on Friday.

The Bears were celebrating homecoming and third place in Region 3, Class 1A was on the line.

Running back Javon Richardson ran for 221 yards and scored two touchdowns as the Bears prevailed 42-0 at J.V. Caldwell Stadium in Orrville.

The Bears (5-4, 4-2) finished as third seed and will travel in a first-round playoff game on November 4.

“We were aiming for the top seed, but we’re grateful where we’re finished and in the playoffs,” Bears head coach Anthony Lumpkin said.

Quarterback Aveon Young also shined for the Bears, throwing a touchdown pass and running for two more. He also had two interceptions at defensive back.

Richardson’s 70-yard TD run was sandwiched between Young’s TD runs of 9 and 2 yards.

Eighth-grader Malcolm Jones’ 40-yard TD run came as the third quarter ended with the Bears up 36-0.

Keith closes the regular season next Friday at Isabella.

The Bobcats, which had 10 players suspended for the game, will be the fourth seed in Region 3, 1A.