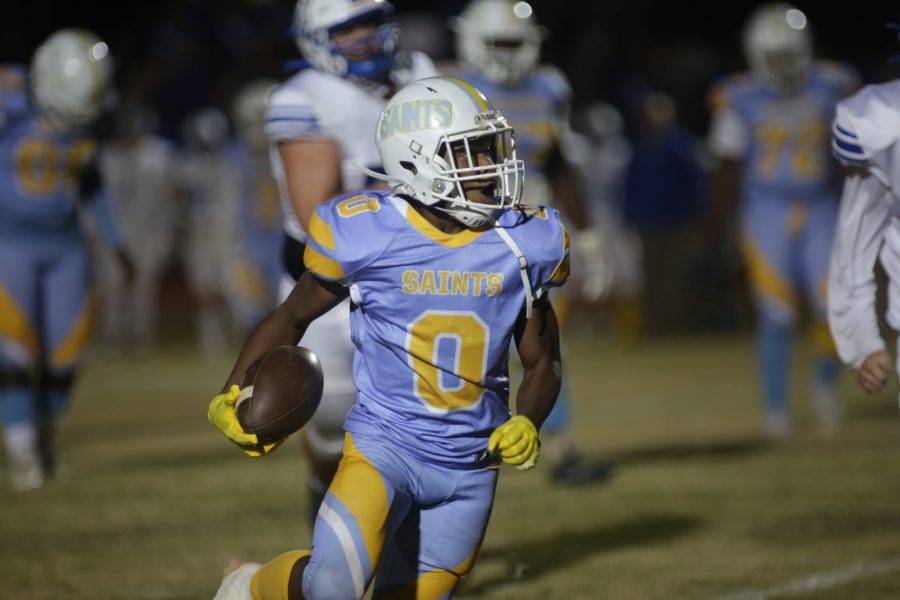 Selma and Morgan Academy control their own destiny for homefield advantage in round one of the state football playoffs next month.

Selma at Jemison: After struggling against Shelby County offensively last week the Saints are looking to get out to a faster start against Jemison.

The defense has played a big part in the success of the Saints this season.

“ The defense has been playing some excellent football,” Head Coach Will Gandy said. “ In each game, we played we have only given up one touchdown on average… Our defense has been really strong all year.”

The Saints are coming off a 29-0 win over Shelby County on homecoming last week.

During the four-game win streak, the Senators have outscored their opponents 173-57.

Senators star wide receiver Rhyne Williams will be out of this game with an injured foot.

“ They have some good athletes and they have some good wins including one over Valiant Cross,” Raines said. “ They also lost a tough game against Bessemer Academy. That could have gone either way. We will have to have a good week and be ready.”

Francis Marion at Southside: The battle-tested Panthers(  4-3, 2-2 Region 5, 3A) look to make it four in a row when they play at home against Marion. Marion coming into the game is 1-6 overall and 1-3 in 2A.

Dallas County at Bibb County: The Hornets (1-7, 1-5 Region 3, 4A) look for their second win of the season this Friday as they take on Bibb County. The Choctaws are having a successful season this year coming into the game with an overall record of 5-3.

The Hornets have lost three of their last four games. Their first win of the season came against Holt on September 16.

Cornerstone Christian at Meadowview Christian School: The Trojans (0-8) continue to search for their first win of the season, in another 8-man football contest.