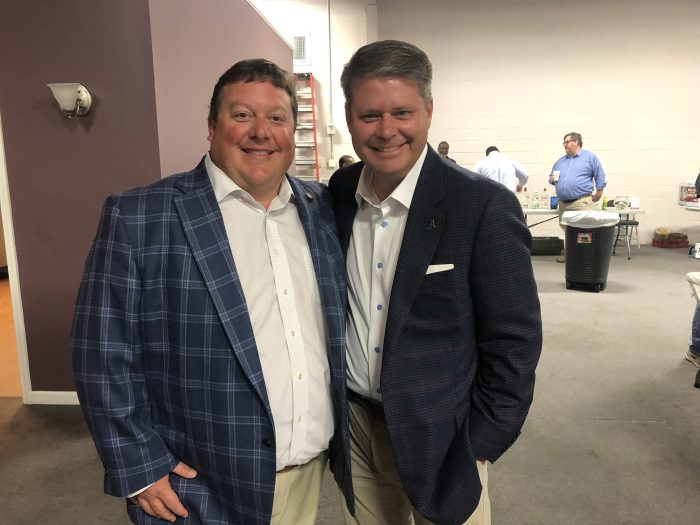 Stewart was the keynote speaker on Tuesday night at the George P. Evans Building.

Stewart, who spoke to the Selma QB Club in 2011 and 2018, also won the B-division of the Selma Country Club’s Junior golf tournament in the mid-80’s.

“I’m glad to be back in Selma,” Stewart said. “It’s better being here after a win than a loss.”

Stewart is Alabama’s basketball play-by-play announcer and this year, he’s filling for Eli Gold with the Crimson Tide football broadcasts.

The Fairfield native has earned praise throughout the nation with his incredible call in the final minutes of the Crimson Tide’s 24-20 victory over Texas A&M at Bryant-Denny Stadium last weekend.

“At the end of the year, they don’t ask you how, they simply ask you how many. And this is a big one for the Crimson Tide, as Alabama holds off the fightin’ Texas Aggies — 24-20 is your final. Hoo, mercy!,” Stewart said.

Stewart reminded the audience that he’s only keeping the seat warm for Gold, who’s ill and unable to do broadcasts at the moment.

Stewart gave an update during his speech.