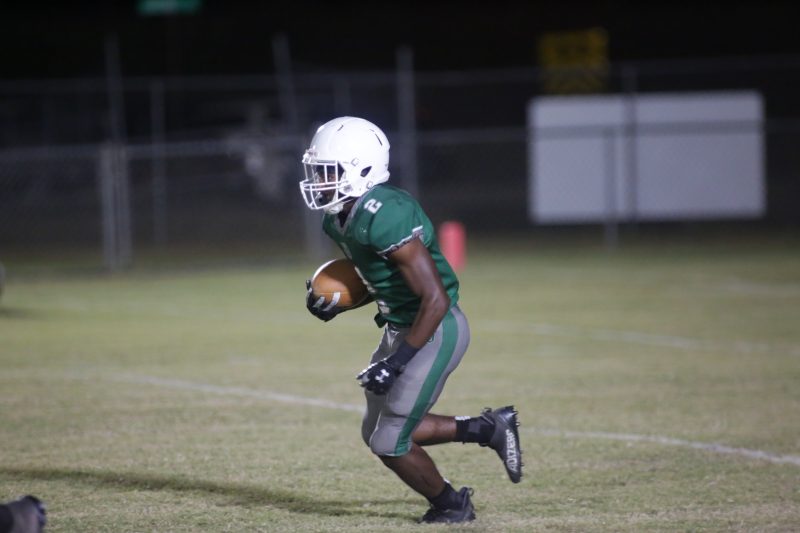 American Christian Academy set the tone early in its Region 3, Class 4A contest against Dallas County.

Carson “Flea” Sute threw for 237 yards and five touchdowns as the Patriots cruised to a 35-10 victory on Friday night at Martin Field in Plantersville.

Sute threw TD passes of 5 yards to Henderson, a 15-yarder to Ben Morris and 12-yarder to Eric Hines.

The Patriots’ closed their scoring in the third quarter on Sute’s 5-yard TD pass to Caleb Morrison. He completed 21 of 27 passes.

“We expected to win, but  we practiced all week not overlooking our opponent,” Sute said.

The Hornets’ only touchdown came on Isaiah Tillis’ 70 yard run in the fourth quarter.

Dallas County coach Douglas Latimore said the contest was a measuring stick for the Hornets.

“We wanted to measure ourselves against one of the top teams in 4A,” Latimore said. “We hung for a while. We’re improving.”

“We always enjoy coming down to Dallas County and competing,” Martin said. “Dallas County High School is a class act.”