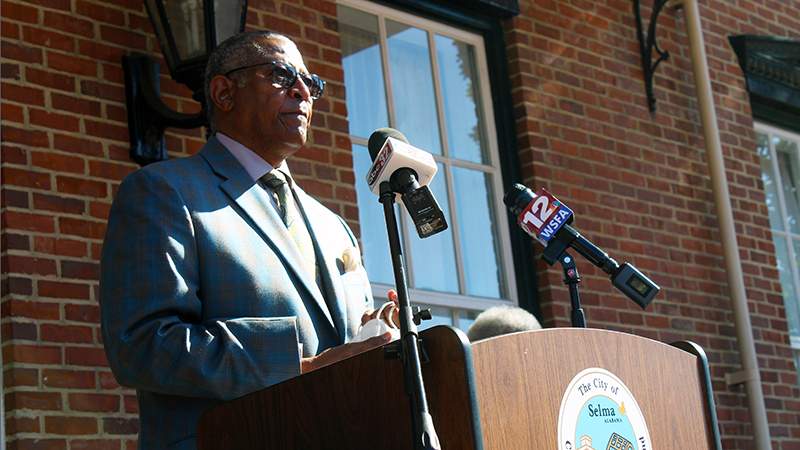 Christie Thomas made the motion and was seconded by James.

Young said this process keeps the City of Selma from breaking state law, which requires cities to pass a budget.  His time frame to pass the budget is two weeks.

Selma Mayor James Perkins Jr.  attended the council meeting and agreed with the plan, but said a budget can be quickly resolved. He and Harvill will go over their separate spread sheets, then the two sides will negotiate a new budget. The Mayor’s proposed budget is $25 million, with the city council at $23 million.

Before the two sides agreed on budget delay, tensions flared up during the budget talks, part of the Mayor’s report.

Perkins didn’t approive how the city council passed their budget and rejected his earlier this month when the Mayor was out of town.

The Public Works and Parks and Recreation Departments, both on strike, were a big part of the tension. Perkins said the council sliced $265,000 from the budget, the amount needed to restore the workers on strike,

“They have no ptoblem with the  Selma Police Department and Selma Fire Department, it seems there’s a problem with laborers,” Perkins said.

“A lot of different things I wanted to object to, but it wouldn’t make the situation better,” Young said. “We’re not on the same page.

“We did give payraises in the budget. We understand working in the sun, we understanding living from check to check. We need to get people to understand when we disagree with you, it’s nothing personal.”

Johnson and Randolph gave their opinion, supporting the workers.

“It’s not right for the workers to suffer because the cost of living has gone up,” Johnson said.

Added Randolph: “In my years as councilman, I’ve always been supportive of the workers. Let’s give the workers their money.”