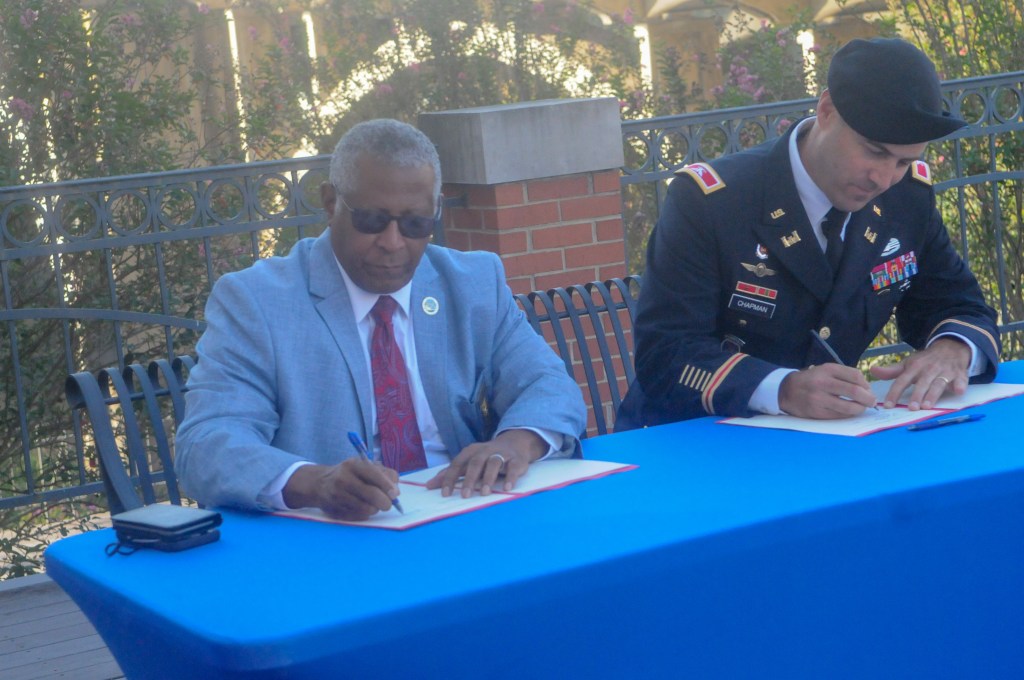 A Design Agreement between the Army and City of Selma was signed Thursday at the James Perkins, Jr. Songs of Selma Park.

Perkins thanked the U.S. Senate, House of Representatives, U.S. Rep. Terri Sewell, the Selma City Council and City of Planning and Development Director Danielle Wooten and Henry Thompson for their work in making the project materialize.

“It’s the kind of federal partnership we’ve longed for in Selma,” Perkins said.

Chapman said it was an honor to work on the project that will strengthen the Alabama River bank.

“It’s great to help the community work on this project,” Chapman said. “It’s an honor to represent the U.S. Corp of Engineers.”

Federal funds were provided in the Infrastructure Investment and Jobs Act,  Division J, Title III of Public Law 117-58 to initiate design of a project for  flood risk management and bank stabilization in Selma.

Wooten said the desisn phase is $1.2 million. She also said that the project will reduce erosion and prevent damage to historical buildings in the Queen City.