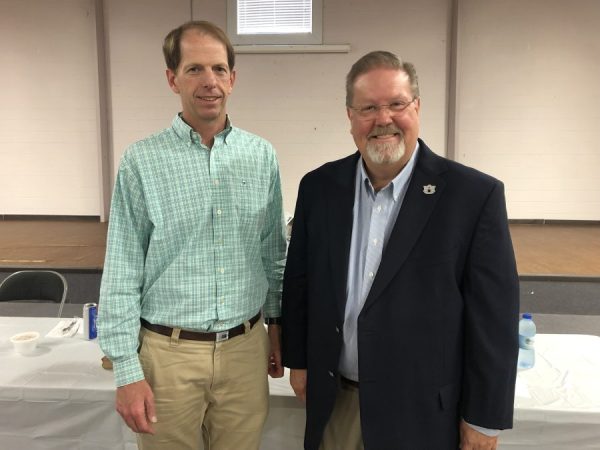 Voice of the Auburn Tigers Andy Burcham was the first speaker of the Selma Quarterback Club this year.

Burcham addressed several topics on Tuesday before a packed house at the George P. Evans Building.

The Auburn section of the QB Club queried Burcham about the football program, especially coming off the 41-12 loss to Penn State down on the Plains.

“It was a fabulous atmosphere at Jordan-Hare Stadiun last Saturday, but the game was a disappointment,” Burcham said. “I thought Auburn would play better.”

Burcham said Auburn’s home game against Missouri on Saturday at 11 a.m. is a critical contest for the Tigers.

“They must play better against Missouri to put the Penn State behind them,” Burcham said. “It’s their SEC opener, a chance to be 1-0 in the SEC.”

Burcham said that the football program must recruit better and battle other schools in the NIL to compete in the national title chase.

Burcham praised Auburn’s basketball and baseball programs, both of which are enjoying solid runs.

“What Coach Bruce Pearl has done at Auburn is one of the most remarkable jobs in Auburn history, not just basketball, but athletics,” Burcham said. “He’s won two SEC regular season championships, a tournament  title and the Final Four.”

“Eli is unable to be in the broadcast booth, he can use your prayers,” Burcham said. “He’s a friend and Chris Stewart is a friend.”