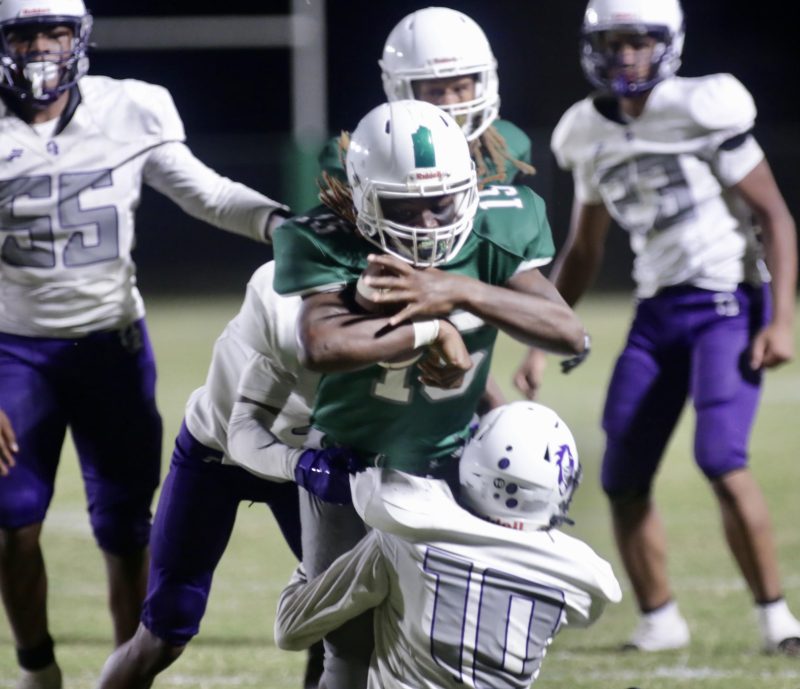 The freshman ran for two touchdowns and a two-point conversion as the Hornets shutout Holt 20-0 on Friday night at Martin Field in Plantersville.

The Hornets (1-3, 1-2) recorded their first Region 3, 4A victory of the season, shutting down the Ironmen.

The Hornets led 6-0 at halftime on a one-yard TD run from Sharp.

Dallas County delivered the knockout punch in the third quarter as Sharp scored from two yards out for a 12-0 lead.

The Hornets closed the game’s scoring in the fourth quarter on Daveon Jones’ 50-yard TD run and Sharp’s two-point conversion.

The Hornets’ defense kept Holt (0-4, 0-4) at bay the whole game. The Ironmen reached inside the Hornets’ 35-yard-line four times, but came away without points.

“It was a big win for us,” Hornets coach Douglas Laister said. “We needed a Region win. I can’t say enough about Koddell Sharp. The whole team stepped up.”