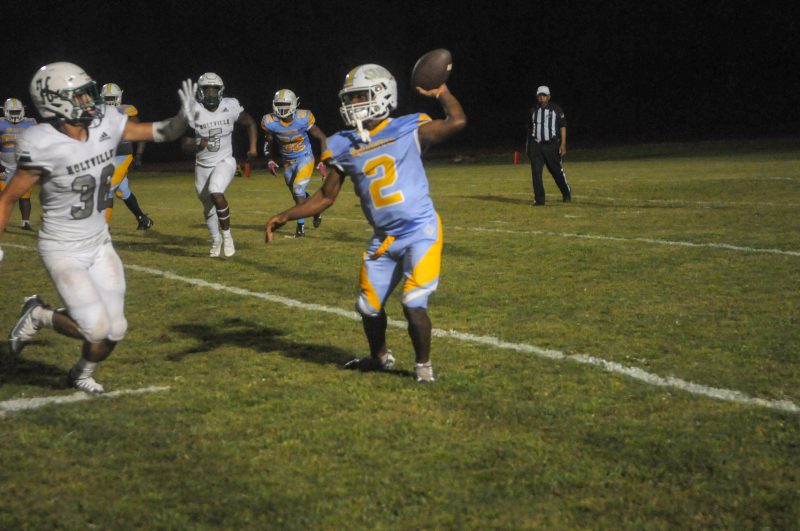 Selma High, Southside,  Morgan Academy are on the road for Week 5. Dallas County, Keith and Meadowview Christian School are both at home. All games kick off at 7 p.m.

Selma at Greenville: The Saints (2-2) go for consecutive wins for the first time this season in a non-Region contest.

Roderick Ward and Marcus Walton continue to alternate at quarterback, each bringing different skillsets for the Saints, who won the last meeting 21-14 in 2013.

“Greenville is a tough team,” Selma head coach Willie Gandy said. “They have a lot of athletes and a state championship coach. This will be a big game for us.”

Roosevelt Towns III continues to improve at the quarterback position for the Panthers, who lost to the Trojans 48-14 in 2019.

Holt at Dallas County: If the Hornets (0-3, 0-2) want to make the Class 4A state playoffs, they must beat the Ironmen at Martin Field. The Hornets won 33-0 last year.

“They are very fast and athletic team with good  size on both sides of the ball,” Hornets coach Douglas Laister said. “The offense they run can create a lot of mismatches for defenses. They swarm to the ball on defense.”

Morgan Academy at Fort Dale: The Senators  (1-2) hit the road for the first time this season.

Morgan Academy coach Danny Raines is impressed with the skillset of the Eagles (1-2).

“Fort Dale has some really good athletes, we will have to have a good week of practice in getting ready for Friday night,” Raines said.

Running back Javon Richardson is coming off a 260 yard, four  touchdown performance against University Charter.