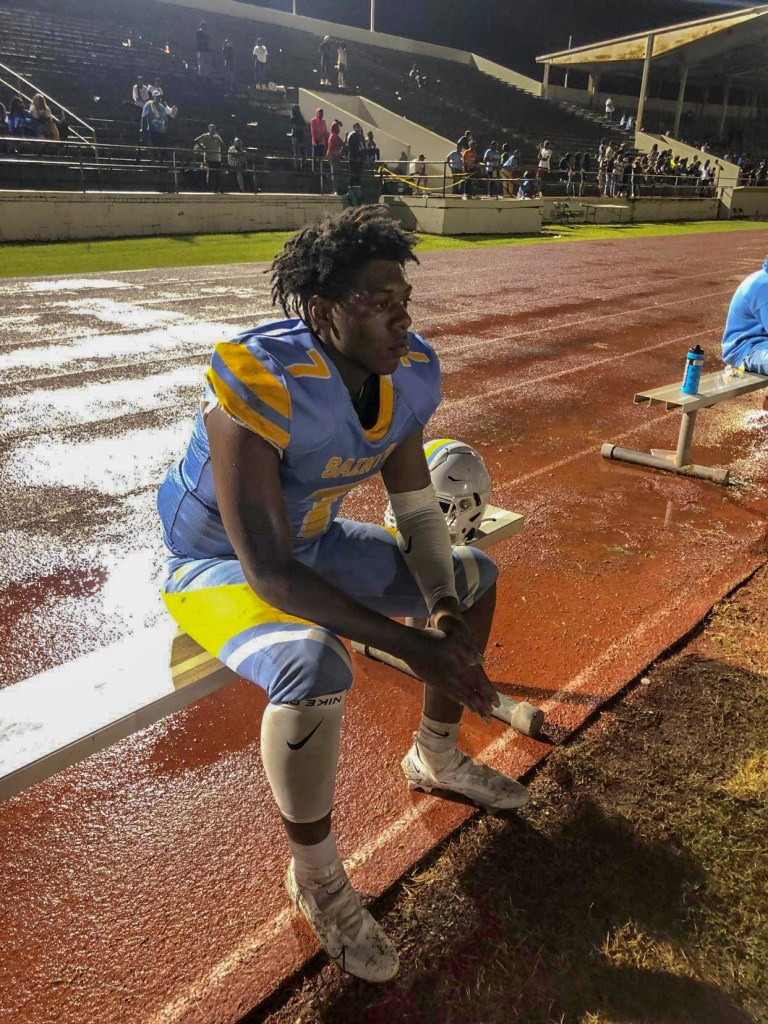 Selma High relied on the running of quarterback Marcus Walton to record its first Region 3, Class 5A win of the season.

Walton ran for 250 yards and scored a touchdown as the Saints beat Holtville 18-7 on Thursday at Memorial Stadium.

The Saints improved to 2-2, 1-1 in Region competition.

Operating exclusively out of the Wildcat formation, Walton ran for 150 yards in the second half, including a 57-yard touchdown run that put the game out of reach.

“We have a chance to finish first or second in the Region, that means we can host a playoff game,” Gandy said.

The Saints jumped out to a 12-0 lead on Roderick Ward’s 15-yard touchdown run and Jason Rogers’ 25-yard fumble return.

The Bulldogs trimmed the gap to 12-7 on Shawn Brackett’s 8-yard TD run.

Holtville had three chances to grab the lead in the second half, reaching inside Selma’s 30-yard and 5-yard lines, but were denied by the Saints’ defense both occasions.

The game was delayed 45 minutes twice because of heavy rain and thunder in the area.