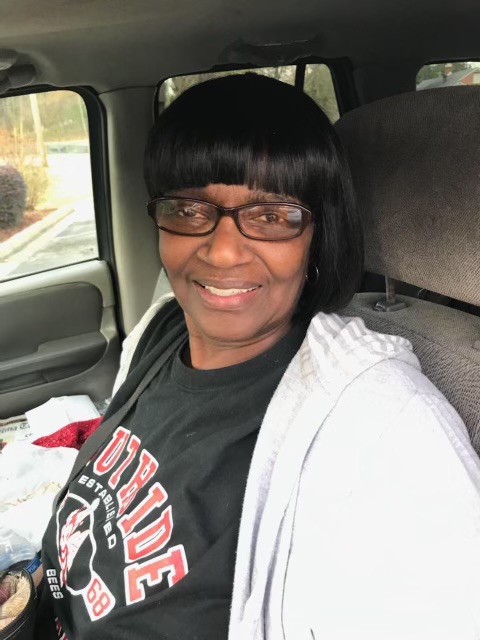 Emma Smith quietly touched the lives of countless residents in Selma and Dallas County through her kindness and generosity.

When local residents learned of Smith’s passing, The Selma Times-Journal was inundated with countless emails of tributes from family and friends, saying what Smith meant to them.

Smith held various jobs in her life, including as a Foster and Adoptive parent for  over 30 years as a manager at Captain D’s and driving a bus for the Dallas County School System. Her job titles include: Leila’s Day Care  and Cornerstone Presbyterian Church Nursery.

Dr. Kay Atchison Warfield of the Alabama State Department of Education said her friendship with Smith began in 1963.  She said Smith’s vision for helping others developed at a young age.

“Emma set forth on a journey to conquer the world and leave a footprint to support higher quality of living for everyone within the community,” Atchison said. “She saw people from a humanitarian lens which allowed her to accept everyone for who they were and to respect the contributions that they had to offer back to society.”

“Emma had a deep love and compassion for all children, especially those who were in difficult family situations,” Janet Atchison said. “She opened her home to many children in the Foster Care program and treated them as her own. Emma was a beautiful, caring woman who will be truly missed.”

“Her heart was always for the kids,” Henry said. “Whether they were closed in smock dresses and loved by parents or dressed in rags and had no one, Emma Smith loved them all.”

Nancy Gantt praised Smith for her endless love toward others.

“Not every person that you meet, can you say they lived their life by their faith but Emma Smith was one of those rare people,” Gantt said. “ She was multi talented and loved unconditionally. She was a true friend.  She had such a unique way of connecting with people from all walks of life.  She lived her faith in the way she treated everyone.  I know you are walking with Jesus now.”

“I had the pleasure of calling Emma friend, starting just a few years back,” Johnson said. “I was always met, when ever I saw her, with a big smile and hug. I saw pretty quickly that she was a special, kind, loving, serving lady

Patricia Tharp called it an honor to have known Smith.

“It is such a blessing to have known Emma Smith,” Tharp said. “She was the finest Christian woman and role model I have ever known.  She was a single mom, foster mom, adoptive mom of children from the foster care system, and a caretaker for the elderly.  She is deeply loved and as we gather for her final farewell, we will celebrate her lasting impact on our community.  I will forever cherish our friendship.”

Coletee Tallant said Smith  cared for her mother, Wilma Tallant many years, and said they were great memories.

“She took the best care of her, keeping her well and safe during Covid-she took her to her doctors appointments in Selma and Montgomery,” Tallant said.  “I don’t think Mom was ever happier since his death than when Emma was caring for her. Emma Smith was one of the sweetest souls I know and will definitely be missed.”

Angelica Bates-Webb, who works with the ADPH – Bureau of Clinical Laboratories, said her cousin  was someone people could count on.

“Emma was my big cousin who I remembered as the one who could light up a room,” Webb said. “ If she loved/liked you she went all out for you.  If you need anything/something she knew everybody and could put you in the right hands and it did not cost you anything. She made it happen.”

“Emma was so full of love for Everyone that knew her,” Smith-Joseph said. “I’m glad we had the experience to cruise together!  My last trip home she heard I wanted conecuh sausage to bring back,  she loaded me up. Her smile and laughter will be missed but never forgotten.”

Jacqueline Abrams said she met Smith as a foster parent.

“Emma Smith touched so many with your kind and generous spirit,” Abrams said. “She will be missed by so many.”

Added Royale Siingleton: “Emma was a part of my family for over 20 years. What I will remember is your comedic undertones and how I felt welcomed in your home. I wasn’t ready to say goodbye. However, I will always cherish the memories as a reminder of who you were to me.”

Jamelia Hayes said she met Smith through her daughter, Kesia Smith because they were college classmates at Troy University.

“One thing I know from seeing it myself, is that Emma would do anything for anyone, especially her family and those in need,” Hayes said. “She might have also given her family, me, or anybody else a piece of her mind, but in all things, the biggest part she really gave of herself was her heart. She will always be remembered for being a giver, and someone who tells you like it is, with all the love she had.”

“If we knew August 21 would be the last conversation we held with you,  it would have been much longer,” Sturdivant said. “You have impacted our hearts and souls with your loving and kind spirit. You will be truly missed. We will hold you in our hearts until we can hold you in heaven.”

Misty Freeman called Smith “the voice of reason and always kept us straight.”

“She went above and beyond the expectations  of a foster parent as she remained a support system for many of the children and their families for years. She had a servant’s heart and was revered by all who knew her.

“She demonstrated love and compassion through her selfless acts. She made a lasting impact on each person she encountered and was always willing to help anyone in anyway. She will be missed for years to come and can never be replaced.”

Kaley and Thomas Atchison each remember Smith for assisting with members of their families.

“Miss” Emma was a staple in the raising of my two children, Thomas Clay and Kate,” Kaley Atchison said. “She started keeping Thomas Clay at 4 weeks old and was with our family forever thereafter. She also was a mother to me. Helping me navigate between being a mother of two children under the age of 2 and keeping my life of working.”

“She was the caretaker of my grandfather and both of my children,” Thomas Atchison said. “She was the living example of selfless love. When I lost my father she told me so many “Billy Stories”, and never, ever hesitated to help out during a jam. She basically raised my two children from birth, until my youngest reached four. It would be easy to go on and on, but that would do a disservice to all of the memories/acts of kindness I would forget. Bottom line; this world needs more Ms. Emma’s.”