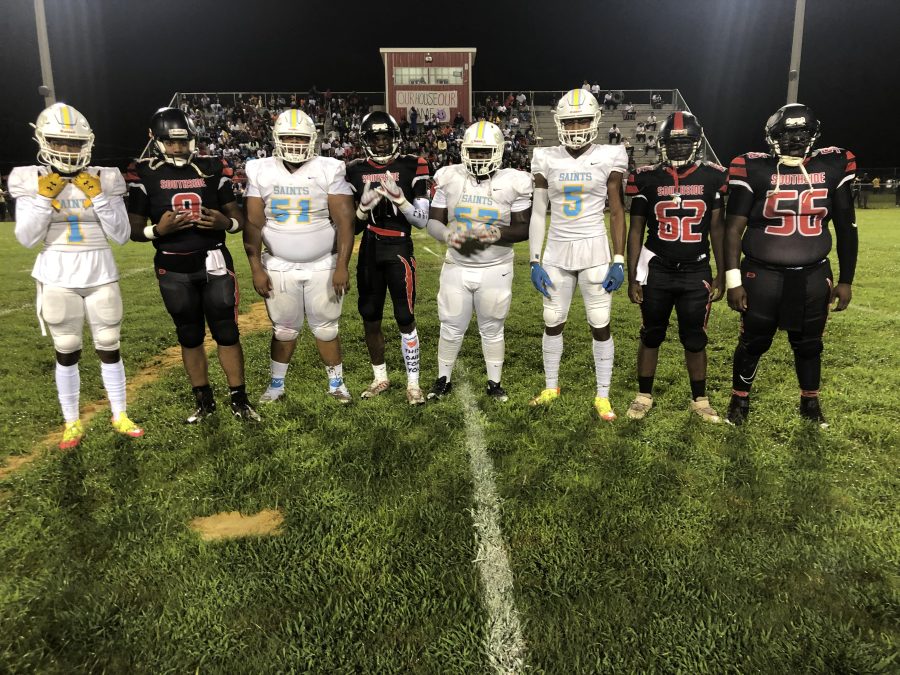 Selma High and Keith High are both coming off impressive rivalry victories. Both face tough Regional openers on Friday night.

The Saints visit Demopolis, while the Bears host Linden at J.V. Caldwell Stadium in Orrville. All games kick off at 7 p.m.

Selma at Demopolis: The Saints (1-1) travel in their Region 3, 5A opener against Demopolis, who won 34-8 last season.  Selma hammered Southside 36-8 last week.

“This will definitely be a test for our team to see exactly where we are,” Selma head coach Will Gandy said.

“The game last week against Southside was a defensive battle for three quarters. We both played tough football but I think in the fourth quarter our defense kicked it into another gear and sealed the game for us.”

Valiant Cross at Morgan Academy: The Senators (0-1) are at home for the second straight week.

The Warriors, who beat the Senators 38-25 last year, play for the first time this season.

“They have not played this year, I haven’t seen them at all,” Senators coach Danny Raines said. “Based on the Valiant Cross teams we’ve played over the last two years, I’m sure they’ll be very athletic.”

Trinity at Southside: The Panthers (0-1) look to rebound from last week’s loss to Selma. with a home game at Memorial Stadium because the rainstorm damaged Panther Stadium last week.

Roosevelt Towns started at quarterback as the new-look Panthers continue to establish an offensive identity. Wide receiver Derick Smith  showcased big-play potential, which will be needed against Trinity.

“They are big and physical up front, we have to match their aggression and discipline,” Panthers coach Charles Moody said.

The Panthers have never beaten Trinity in their two previous tries.

Linden at Keith: The Bears (1-1) seek rare back-to-back victories over the sixth-ranked Patriots, who lost 43-0 last year.  Linden was ranked last year when Keith hammered them.

Javon Richardson is off to a great start for the Bears, scoring four touchdowns in the first two games.

Sipsey Valley at Dallas County: The Hornets (0-1) host Sipsey Valley in their Region 3, 4A opener at Martin Field in Plantersville.

Daveon Jones scored the Hornets’ only touchdown of the season against Keith.