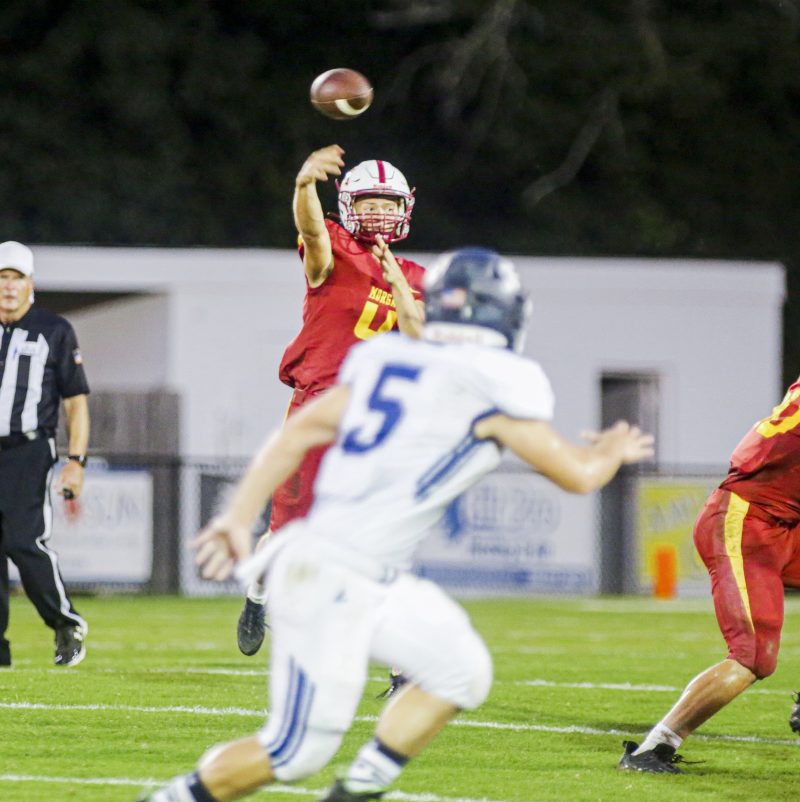 Morgan Academy got off to a fast start against third-ranked Patrician Academy in its season-opener on Friday night.

Patrician Academy overcame a 14-12 halftime  deficit and pulled away to a 48-26 victory at Senator Stadium.

The Senators (0-1) had several bright spots in the loss.  Morgan Academy was led by three seniors.

Defensively, Walter Gilmore had 13 total tackles, with nine of them being solo.

Southern Academy 46, Meadowview Christian School 6: The Trojans fall to 0-2 on the season in their home debut at Wadsen Stadium.