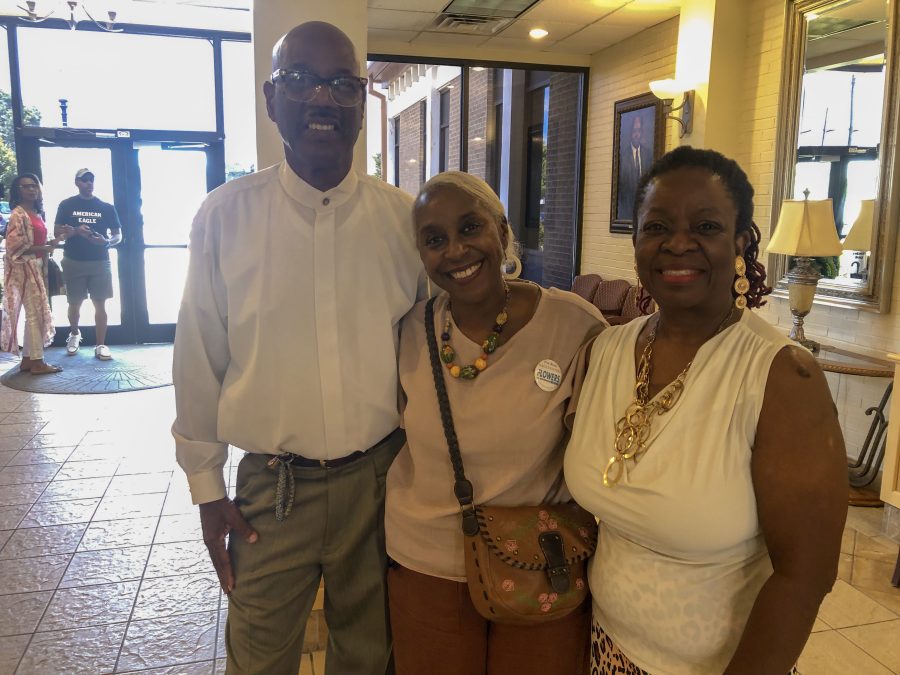 Flowers, who faces incumbent Gov. Kay Ivey (R-AL), in the General Election on November 8, bids to become the  state’s first Democrat governor since Don Sigelman in 1998.

The Birmingham native defeated State Senator Malika Sanders-Fortier in the general election in June, becoming the first African-American candidate to run for Governor.

“It’s a privilege to be your Democrat nominee for Governor,” Flowers said. “We have an opportunity to  have someone come in and make change . I need your vote on November 8 to be the next Governor at Alabama.”

Flowers, 61, credited her upbringing to run for Governor.

“I’m running for Governor because how I was raised. I come from a proud family that worked hard and instilled in me hard work and education.”

In the Criminal justice system, Flowers said she wants each legislator to walk through every prison in the state.

Flowers wants to implement the lottery in Alabama. She said impact of the lottery on her education, health care and economic reconstruction pages, saying that it would help provide revenue to improve infrastructure, support teachers and schools and make prescription drugs more affordable.

“We are surrounded by gambling states, and they are thriving and we are not,” Flowers said.

Flowers is a widowed mother of three.