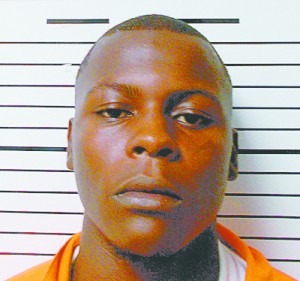 A Wilcox County Grand Jury convicted a Selma man of manslaughter and reckless endangerment from a six-year-old case.

According to Fourth Judicial District Attorney Michael Jackson, Marquell Kimbrough was convicted of manslaughter and reckless endangerment on Monday.

Wilcox County Sheriff’s Office Deputies were called to the Flip Flop Club off Hwy. 10, five miles east of Camden on June 1, 2016. They found a young man suffering from a gunshot wound to the head. The victim, identified as Rayshawn Rowden, 19, was air lifted to a Montgomery hospital. Rowden later died from his injuries.

Authorities arrested Kimbrough and charged him with murder. He was 19 years old at the time.

Jackson said that Kimbrough will be sentenced after a pre-sentence investigation and report by Circuit Court Judge Collins Pettaway Jr.

“Another gunslinger has been taken off the streets,” Jackson said.

Kimbrough was born in Selma, but resided in Pine Hill.