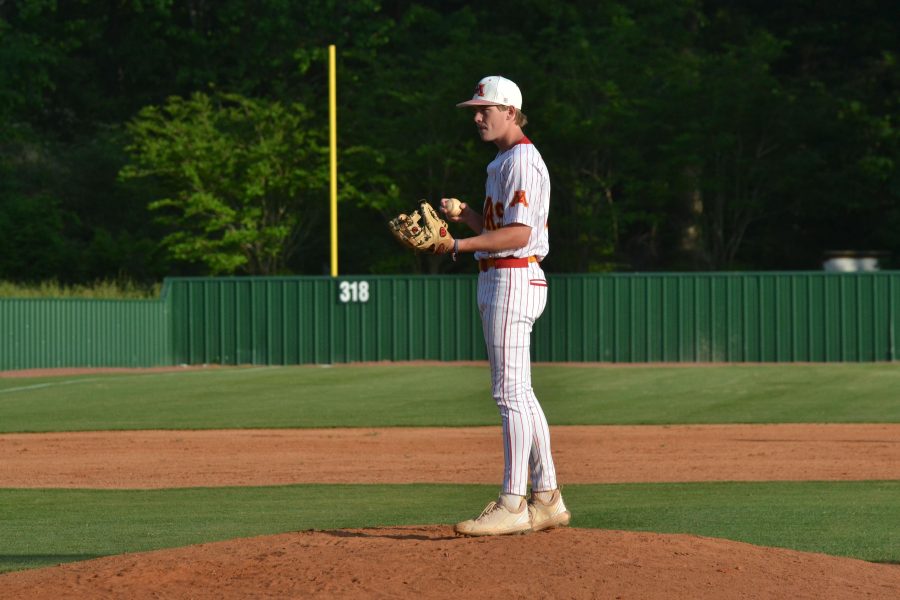 In his senior season, Thomas went 6-1 on the mound for the Senators with 126 strikeouts and a 1.07 ERA. He earned a second-team spot on the Alabama Sports Writers Association All-State  team.

“It means a lot because it shows that all the work I’ve put in ever since I was little is paying off with that, winning it two years in a row and me getting a scholarship to go play at the next level,” Thomas said.

Thomas credited the rapport with his teammates as a reason the Senators experienced the successes they achieved.

“We always bonded reallly good together,” he said. “All of us are really tight. We’d always hang out, even when we weren’t at school. We’d hang out on weekends and stuff like that. We just grew close together over the past couple years.”

His final season at Morgan Academy ended with a semifinal series loss at Glenwood, but he’ll always be able to reflect on his final appearance on the mound at home in the quarterfinals against Springwood, where his squad swept the Wildcats.

“It means a lot that we went out winning the series to get us to the next round,” Thomas said. “I was glad because I didn’t want to lose on my home field to end my high school career. I did give up a home run, but it didn’t really bother me. I liked it. I always loved playing at home.”

“I’ve been working, and I’m playing on a team out in Tuscaloosa with some of my other buddies that are headed to Shelton State with me as well,” he said. “We’ve been playing in some tournaments and playing some games. I’ve been spending time with friends before I leave.”

Morgan Academy head coach Stephen Clements said Thomas gave his best for the team from the moment Clements put him in a tournament game in Gulf Shores as a freshman.

“Just watching him develop from there and growing into the player that he is, he’s been one of the leaders and one of the heart-and-soul players on all of our teams since that point in time …” Clements said. “It just goes back to his work ethic, the way he receives coaching and the way he practices. He just holds himself to a different standard.”