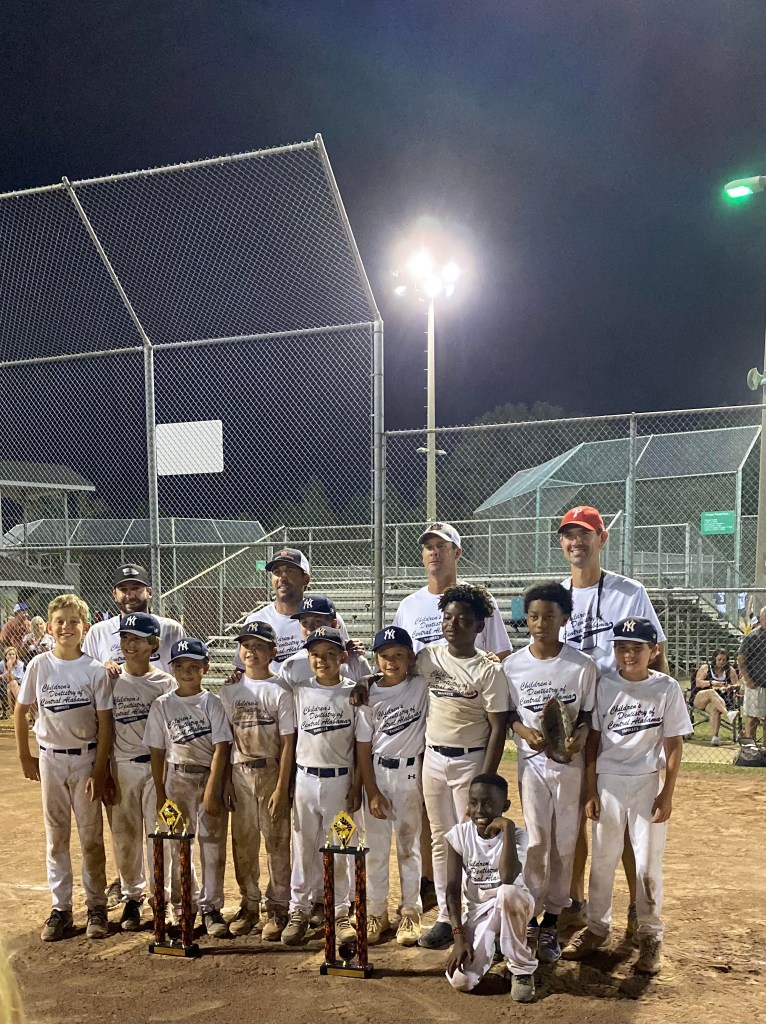 The Yankees finished the season with a 17-0 record.

The squad also won a championship in the Dallas County/Valley Grande tournament held in Valley Grande.

According to head coach James Roberts, a dominant pitching rotation led by Holden Osborn, Pope Roberts, Tucker Roberts and Jase Wilkinson – which combined to throw 9 no-hitters on the season – powered the squad through the season.

Team members Holden Osborn, Pope Roberts, Jase Wilkinson, Clayton King and Landon Rives were also part of the 2021 team that went 15-0, making them one of the only teams in recent memory to go two straight years without a loss.

“We had a few more close games than last year’s team, but these boys never gave in,” Roberts said. “There were two or three games this year I really thought the streak was about to be over, but these boys showed the heart of a champion with some clutch hitting and our pitchers being able to pound the strike zone.

“We had two kids that had never played a lick of baseball and one of them, Tae Ford, ended up with two huge hits in our championship game. (I’m) just super proud of all these kids.”