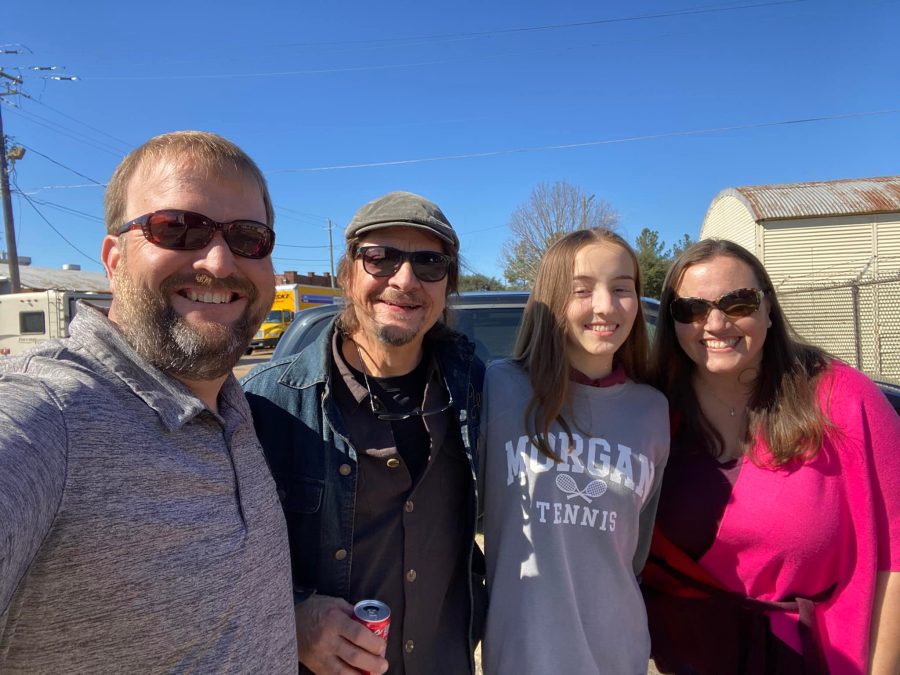 Cougar Oil Chief Executive Officer Rex Jones and his family’s collection of petroliana will be featured in an upcoming episode of American Pickers.

Episode 35 of Season 22, entitled “Searching in Selma,” will air on the History Channel Saturday night at 8. The show is also available to view online.

Jones said the idea for the episode was prompted by correspondence between himself and representatives of American Pickers.

“I originally sent them a video trying to kind of bring them to Selma,” Jones said. “I put together a video talking about some of the old gas and car kind of things we have. I talked about Selma a little bit. By sending them the video, they sent something right back to me within a few hours.”

The crew from American Pickers arrived in Selma in mid-February to visit Jones and get a taste of Selma.

“We talked about all the different things we have going on here with ArtsRevive with the murals and things,” Jones said. “They really liked my murals. We talked about the history of Selma and everything. They loved the architecture and the buildings. They saw the potential in Selma that I see.”

And of course, Jones let them peruse the collection of petroliana accumulated by his family throughout the years.

“Some of it was my aunt’s father’s collection,” Jones said. “He’s got a bunch of old car stuff. He has an old Model A and some things. Of course, they really liked the gas stuff, but what ends up being the star of the show was my Cougar Oil sign, which I hung out by the mural. The one they tried to buy from me (is) hanging over Green Street right now.”

The show gave Jones a platform to discuss Cougar Oil and what it’s like to be in the business as an independent fuel distributor for over 51 years in Selma.

“It was an awesome experience,” Jones said.

He added the show gave him a chance to showcase the good things about Selma.

“Selma has a lot of great things to offer,” Jones said. “There’s so much potential we have, from our architecture, the outdoors and the arts. Everybody knows about our tourism. Everybody knows Selma for Civil Rights. That’s an obvious thing, but things like our arts, the outdoors and the architecture itself is the thing the world needs to see more of, and that’s what we’re trying to do so people can understand what we have here and the potential we have here for development.

“My greatest hope is that the right person will see this episode and see how we have all this potential. All it takes is that one right person to help turn this thing around and redevelop Selma. That’s what we’re trying to do.”