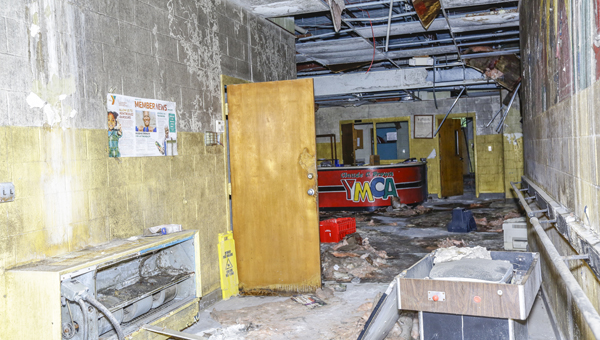 For the second time in a month, the Selma City Council rejected an opportunity to restore the old Claude C. Brown YMCA building.

The council vote was 5-1-1 at Tuesday night’s city council meeting.

The topic came up again when Cynthia Perkins, wife of Selma Mayor James Perkins Jr. asked the city council to reconsider their vote during a Citizens’ Concern session of the council meeting.

“The Brown YMCA is near to my heart and Mayor Perkins’ heart,” Perkins said. “As the First Lady of Selma, I asked the Mayor, ‘Should I come before the city council?’ He said, ‘Go for it.’”

“What I’m seeing and feeling is very disturbing,” Perkins said. “I don’t want or need a building, but the young people in Selma need the same choices we had.”

Perkins said she had over 500 signed petitions. The building can be purchased for $1 and the Selma Housing Authority is offering to buy it. The YMCA owns the building.

Councilwomen Jannie Thomas and Christie Thomas said they’d like for a board member to speak before the council and discuss the issue.