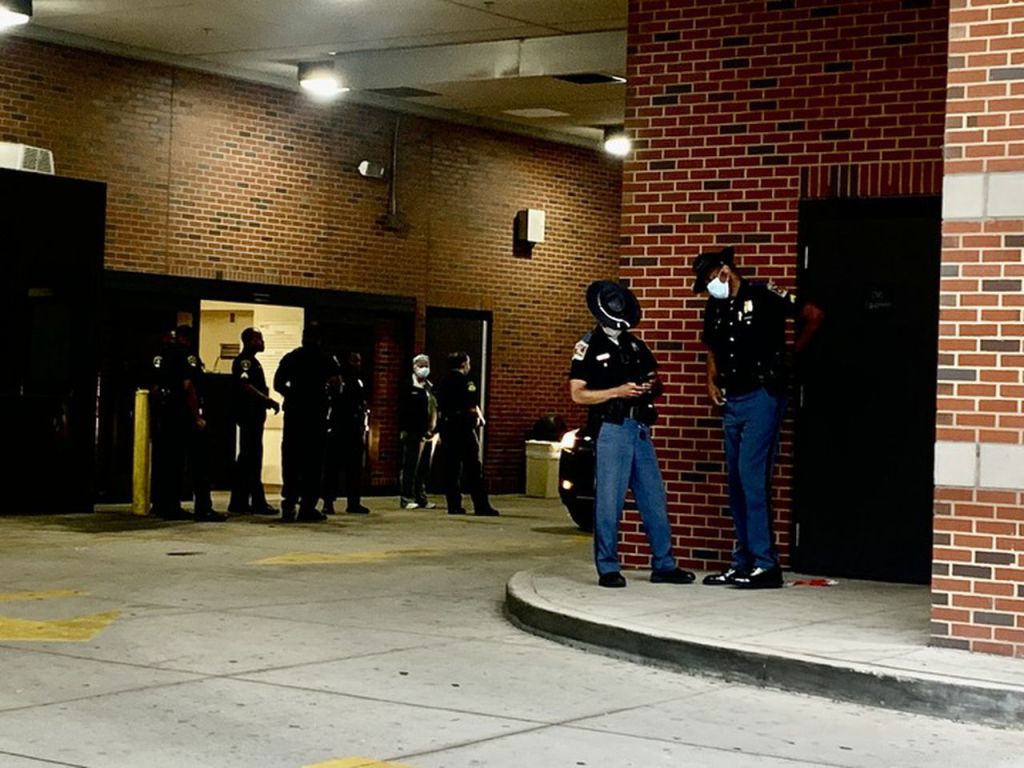 One of the deputies, Brad Johnson, died from the injuries on Thursday.

According to Fourth Judicial District Attorney Michael Jackson, Austin Patrick Hall, was captured around 7:35 a.m. Thursday morning near Brierfield. He was found hiding in a tent that was behind   a mobile home on Bulldog Bend Road in Bibb County. Hall was not armed.

According to Northern District of Alabama U.S. Marshal Marty Keely they received a tip on Hall’s possible whereabouts.

Jackson said the two deputies were shot after trying to make an arrest during a car chase.

The deputies were taken to UAB Hospital. Jackson said one of the officers, Brad Johnson, was pronounced dead at 3:18 p.m. Thurday at UAB Hospital.

Chris Poole, 30, was released from UAB Hospital on Thursday and recovering at home.

Jackson added that the deputies were chasing a male in a stolen vehicle when the suspect got out and fired shots, striking both deputies.

Hall, 26, ran on foot after shooting the two deputies on Golfer’s Trail in Brierfield around 4 p.m.

Hall, a convicted felon has been arrested on 46 criminal charges.

On Wednesday evening, the  U.S. Marshals Service designated the search for Hall a “Major Case” and offered $15,000 for information leading to his capture.